Looking to boost the yields of your silage crops?

Irish silage swards are dominated by perennial, Italian and hybrid ryegrass varieties. All of which can produce substantial yields of high-quality herbage.

But if farmers changed these three staple varieties, would it have much of an impact on how much silage was actually in their pit for the winter?

DLF’s Damian McAllister introduced farmers to festuloliums at a recent DLF/Seedtech open day. Festuloliums are a cross between ryegrass and fescue grass species, he explained.

The DLF representative explained the benefits of Perseus – a cross between Italian ryegrass and meadow fescue – to the farmers in attendance.

“Perseus is a great alternative to Italian ryegrass as its fescue parentage means that it can be cut under a silage system for an extra year.

“It’s very aggressive and you can’t really sow it with perennial ryegrass or cover, because they just can’t keep up with it,” he said. 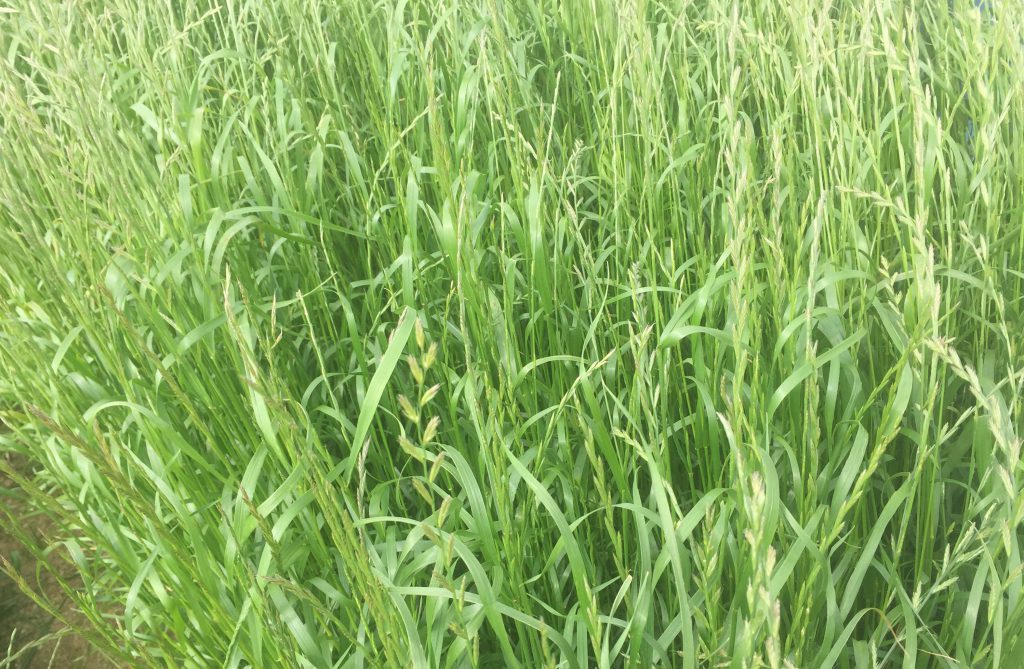 On the variety’s yield potential, McAllister said: “The average dairy farmer will grow 8t of dry matter per hectare. This plot was cut for the first time during the first week of April and cut again during the third week of May.

However, McAllister added that it does produce a higher quantity of stem than either perennial, Italian or hybrid ryegrass varieties.

“If you want to produce 20t/ha you need that stem to support growth and keep the leaves up high. The quality will be lower than perennial ryegrass.

“Festuloliums will produce good dry matter yields that will fill your pit for the winter,” he said.

McAllister added that festuloliums may also be an option for farmers looking to increase their grazing platform.

Video: Is reseeding the only way to boost the perennial ryegrass content of your swards?