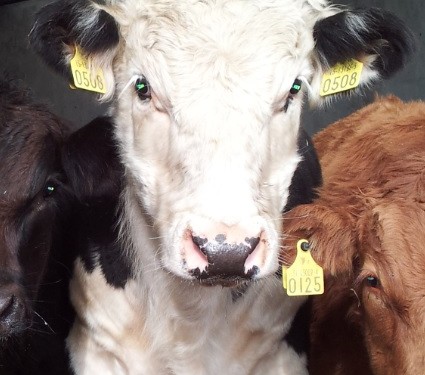 Liver fluke in cattle is on the rise according to the latest official data released by the Food Standards Agency.

The figures for 2013 show that nearly one in four cattle – 24% – sent for slaughter at abattoirs across Britain had their livers condemned as a result of liver fluke. This is a significant rise over the 2012 figure of 19%1.

These figures are a cause for concern for all British farmers, but particularly for Scottish producers where the percentage of cattle livers condemned has risen to 32%, and those in Wales where it has risen to 27%.
Lynda Maris, Brand Manager with Merial Animal Health, said: “We know that liver fluke infection costs the beef industry money because it increases finishing times and feed costs. Indeed, EBLEX estimates that the parasite can cost cattle farmers as much as £87 per head . Increasingly though, it is also denying the producer and processor additional profit from the fifth quarter. The fact that nearly one in four cattle across Britain, and nearly one in three in Scotland are affected by fluke, will be hitting producers in their pockets at a time when they can ill afford it.”

Chris Mallon, Chief Executive of the National Beef Association, also expressed his concern about the level of condemnations for liver fluke. He said: “As an association we have become aware of the fact that the problem of fluke has spread into areas where it hadn’t been seen previously. However, these figures are a real wake-up call to the industry and everyone needs to consider strategies for prevention and treatment to reduce the impact of a disease which is costing the industry millions of pounds every year.”

According to Lynda Maris producers should be considering treating their herds against fluke at this time of the year – 8-10 weeks post turnout . She said: “Treating now will kill fluke and help to ensure that the herd can take full advantage of the cheapest source of feed, namely grass. In addition a treatment at this time will reduce pasture contamination and the risk of infection later in the season.”