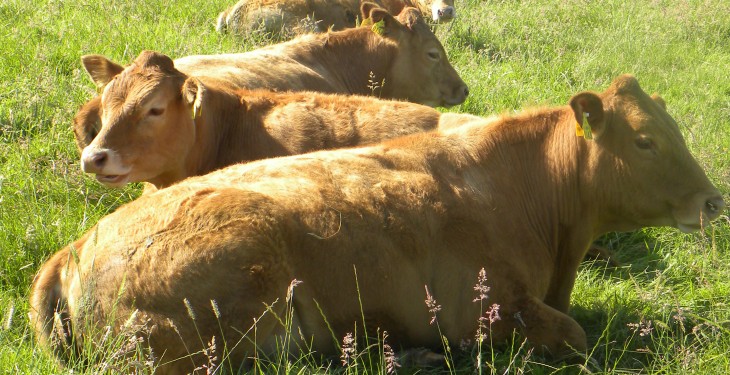 The beef trade remains similar to previous weeks, underpinned by a continued strong supply with a further ease in quoted prices according to Bord Bia. It also notes that there has little change has been reported across our key export markets.

Bord Bia reports that the majority of steers and heifers were purchased at a base price of between €3.70 – €3.75 /kg on the Quality Payment System. Selected lots of heifers were generally traded close to a base of €3.75/kg. These prices exclude the €0.12/kg bonus which is payable on in-spec QA animals. Prices paid for cull cows were lower than the previous week, with prices for the O grades generally making between €2.85 to €3.00/kg.

Cattle supplies at export meat plants for the week ending 21st June stood at around 31,300 head, which was almost 13% higher than the equivalent week in 2013. Cumulative supplies for the year to-date are running at over 94,000 head or almost 14% above the figures for the corresponding period last year. Cumulative supply of heifers continue to be up by around 18% on the corresponding period last year with steers and young bulls 16% and 14% higher respectively.

In Britain, Bord Bia says reported cattle prices from the AHDB have decreased with GB R4L grade steers averaging at Stg 337.6 pence/kg dw (equivalent to 422.4 cent/kg dw) for the week ended 21st June. Trade remains similar to the previous week with a steady demand for steak cuts due to the good weather.

In France the beef trade remains steady with prices largely unchanged on the previous week’s prices, while in Italy little change in trade was reported.