‘Tillage farmers must get better at managing risk’ 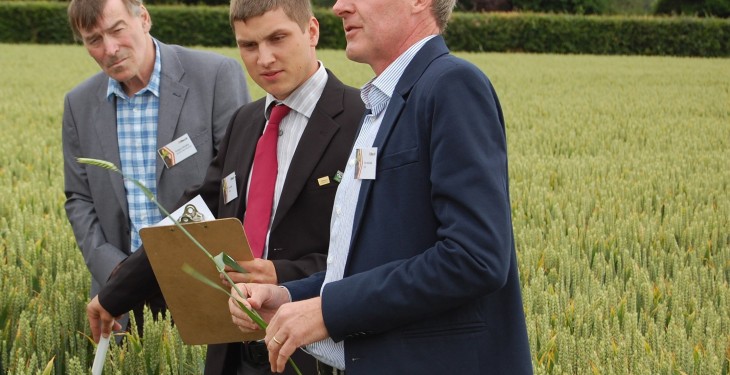 “Yes, grass is our most important crop and there is tremendous potential to improve our grassland productivity. However, wheat yields 20 tonne per hectare are achievable in the future,” he explained

“At the present time, however, wheat yields are plateauing around the world. Possibly, this is due, in part, to the years of tricky weather that North Western Europe has been endured, going back to 2007. However, it is expected that the recent slow-down in the technological developments associated with wheat production will be reversed over the coming years.

“In contrast, new technologies and genetics are delivering for crops such as Oilseed Rape and winter barley. The reality is that winter rape crops have the potential to deliver yields of up to five tonnes per hectare.

He said that most Irish cereal growers regard 1984 as the high water mark from a production point of view. And the good news is that we may well be on track to enjoy another record year in 2014, where yields are concerned.

“I have walked a number of wheat and barley crops over recent weeks. Yes, disease pressure was high during that changeable period of weather in May. However, the recent dry spell has helped boost crops’ yield potential immensely.”

Looking to the future, Tom McCabe believes that the consistent application of high level management systems will be the key driver for tillage farming in Ireland.

“Farmers must be in a position to deal with variations in yield from year to year. Price fluctuation will be another challenge to contend with. High periods of low prices are not unknown. In fact, good yields but lower prices may well be the main outcome of this year’s harvest,” he suggested.

The UCD crops specialist pointed out that weather plays a key role in determining yields in countries around the world. “On the whole, Ireland has a good climate to grow crops such as wheat, barley, oats and potatoes. We have excellent tillage soils in many areas. The weaknesses associated with crop production in this country include our high production costs and the fact that such a high proportion of our crops are grown on rented land.”

“Weed and disease control are fast becoming crisis issues on many farms. Black Grass in the UK is a horror scenario. No effective control measures are now available. And here in Ireland Sterile Broom is a growing control management issue.

“Where crop disease prevention chemistries are concerned, again we are running out of options. The number of management tools available to growers is fast diminishing with fungal resistance now the real challenge that confronts us.

“We need to look at integrated pest management strategies that can be implemented over a ten year period. And within this scenario farmers may well have to accept the reality that maintaining crop diseases at manageable levels is the future!”