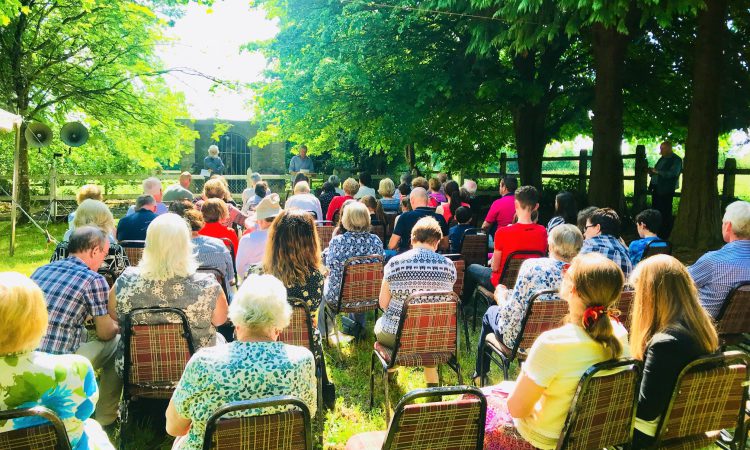 In an era of fake news, social media and mobile technology, quality journalism and great storytelling matter more than ever.

But how can an industry and a profession that faces mounting change, still fulfil its role as a watchdog of the state and a beacon for democracy?

Drawing on the literary pros and journalistic flare of the Co. Longford born and Co. Westmeath reared 18th-century writer, some of the country’s leading wordsmiths will outline their views on the future of journalism during the three-day festival taking place this June bank holiday weekend.

Willie Kealy, the former associate editor of the Sunday Independent – who recently retired after a remarkable 34 years at the title and almost 50 years in the newspaper business – will deliver the festival’s keynote speech at the official opening on Friday night, May 31, at The Rustic Inn, Abbeyshrule.

This year’s theme is: “‘Ask me no questions and I’ll tell you no Fibs’ (a line from Tony Lumpkin in Goldsmith’s play ‘She Stoops to Conquer’) Journalism, News and Democracy. Grub Street in the 21st Century’.”

Kealy will voice his concerns on how today’s journalists “must adapt and change while never deviating from first principles”.

Speaking ahead of the event – which will also celebrate the iconic writer’s cultural roots through tours, drama performances, poetry recitals, music and conversations – chairman Seamus McCormack equated the success of the event to the “relevance of Goldsmith’s writing”.

Over the years speakers from across the world have contributed to the festival including literary academics from universities in Canada, Japan, Paris, Austria, Washington and Oklahoma.

“Goldsmith’s words are as relevant today as in the 18th century when he was writing. We take issues of today and relate them to comments or extracts from his works.

The theme for this year’s festival is relevant in terms of the threat of fake news and its impact on politics.

“If people are not being informed in a truthful manner that then affects democracy and our decision-making across society,” he said.

He highlighted that Goldsmith was “ahead of his time” journalistically. 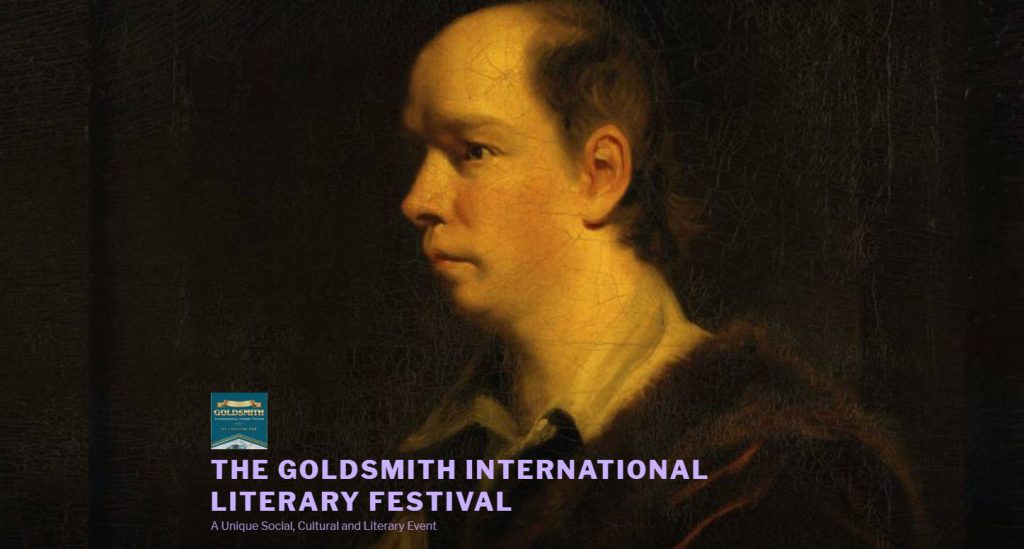 “Unfortunately, Goldsmith was described as a ‘hack journalist’, as someone who would write for anyone. He wasn’t paid very well for it during his lifetime.

“But some of his writing, The Deserted Village for example, is recognised and regarded as the first major anti-imperial poem in the English language,” he said.

Thanking all those that have supported and helped to organise the festival over the last four decades, McCormack said its main objectives are to develop “a deeper insight” into his writings and to also promote ‘Goldsmith country’ in the midlands region.

The country’s third-longest running festival (founded in 1984) will be officially opened by Longford native and head of RTÉ Radio 1, Tom McGuire.

Following Willie Kealy’s keynote address, the opening night in Abbeyshrule will conclude with a traditional music and ballad session.

Saturday’s programme on day two begins at 11:00am in the Goldsmith Room of Ballymahon Library with a session titled: ‘Press Freedom or a Free for All.’

Chaired by Cian McCormack of RTÉ Radio 1 this will feature Professor Brian O’Neill director and dean of the graduate research school at Dublin Institute of Technology and Peter Feeney, the press ombudsman.

Saturday’s second session at 1:00pm is titled: ‘The Digital Onslaught – What Is The Future for Print Journalism?’ and will feature Gráinne Ní Aodha reporter of TheJournal.ie and Dave O’Connell group editor at the Connacht Tribune.

This session will be chaired by Shannonside FM’s Denise Canavan.

A new innovation for 2019 is an outdoor dramatisation of scenes from ‘She Stoops to Conquer’, which will take place at 5:00pm at the site of George Conway’s Pub, adjacent to Ballymahon Community Library.

This will be followed by the popular Goldsmith Literary Tour at 5:30pm with readings at sites around ‘Goldsmith country’.

The tour concludes in the iconic pub, The Three Jolly Pigeons, with a traditional/folk music session.

Sunday begins with the ninth annual Goldsmith Miscellany. Chaired by Sean Ryan, former CEO of Longford VEC and will feature a number of short talks interspersed with music – this will also take place in the Goldsmith Room of Ballymahon Library.

The closing section of the festival, ‘Poetry at Pallas’, takes place as usual at the freshly renovated, Goldsmith birthplace located in Pallas, Abbeyshrule.

This area has recently been developed and upgraded, in conjunction with Longford County Council and provides a beautiful setting for readings by the winners of the festival’s annual children and adult poetry competitions – judged by Mary Melvin Geoghegan and Noel Monahan, respectively.

Chaired by local teacher and committee member Anne Tully, these readings will be followed by a reading by acclaimed poet Noel Monahan.

The annual cheese and wine reception is hosted as always by Joe and Chris Farrell and family. Musical accompaniment will be provided by talented local flautist, Gerry Bohan.

The 35th Annual Goldsmith International Literary Festival will take place from Friday, May 31, to Sunday, June 2. The full programme of events is available on the festival’s website at: www.olivergoldsmithfestival.com. 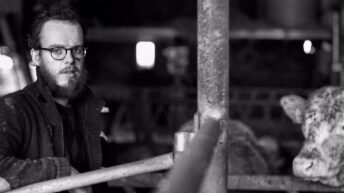