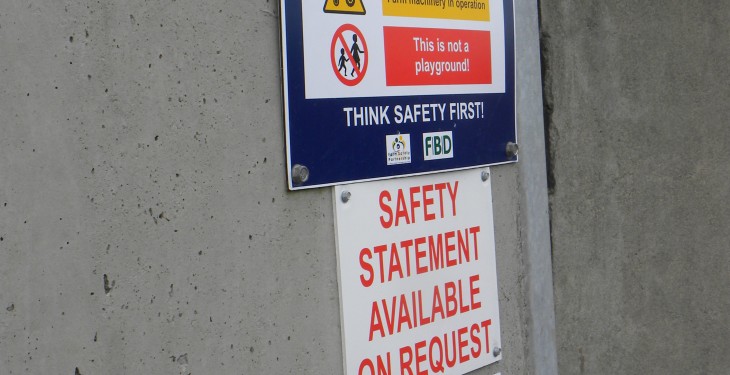 The level of farm deaths seen on Irish farms last year wouldn’t be acceptable in any other industry, according to Mairead McGuinness MEP.

Speaking to farmers last night at AIB’s agri outlook seminar in Mullingar she said last year she felt every morning she woke up to the news of another farm accident.

According to McGuinness everybody thinks they farm safely, but yet again this week we had a tragic case of another farmer losing his life while farming.

“In another industry this wouldn’t be acceptable and it’s not acceptable in our industry,” she said.

The midlands north west MEP said that famers have got to change their mind-set.

“We have got to start looking at the things we do in a routine way and question whether we do them safely. We are not doing that because if we were we wound not have this horrific number of accidents on farms.”

McGuinness noted on the night that she was concerned to hear that the Health and Safety Authority are reducing the number of inspections carried out on farms in 2015 and noted that she would be contacting the HSA on the issue.

However, she also said that she understands that farmers hate inspections.

“I think we are going to have to take on some responsibility ourselves and it is down to the simple thing of looking at the things you do every single day and saying to yourself is this safe.”

McGuinness said in all the talk in farming about production, efficiency, CAP reform and others, it comes to nothing if we are faced with a tragedy on our farms.

“Too many farm family’s young and old face this and live with it and I would urge you to try and take on board this message and look after yourself,” she said.