A Leitrim farmer who died over a century ago has left €10 in his will, according to documents recently lodged in the Probate Office.

He was Thomas Plunkett of Derriniver, Ballinamore, Co. Leitrim, who died on July 13, 1916. Although his death occurred decades ago, the will just came through the Probate Office in Dublin in recent weeks.

When someone dies their property immediately passes into the hands of the executor. In order for their property to be divided according to their wishes, the executor of their estate must apply to the Probate Office to certify that the will is valid and that all legal, financial and tax matters are in order – so that the executor or administrator can be allowed to get on with the job of distributing the estate.

Other wills of farmers and retired farmers lodged in the Probate Office in Dublin last week were as follows: 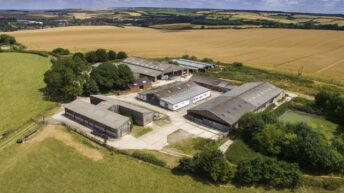 Farm succession is not just a problem in Ireland