Irish food safety and traceability company IdentiGEN has obtained a major contract in Switzerland, which will see it provide DNA-based traceability for all Swiss beef.

The deal is estimated to be worth more than €17 million over a five-year contract period and will see the use of IdentiGEN’s DNA-TraceBack system to guarantee the integrity of Swiss beef.

The service is being introduced this year for beef and veal; it may be expanded to include pork and poultry, according to IndetiGEN.

The Irish firm established a new dedicated laboratory in Zurich and will be working with Proviande, which oversees the Swiss meat industry.

IdentiGEN Switzerland CEO and Group Vice President for Business and Strategy Development Europe Thomas Struckmeyer commented on the deal, noting that the service was being contracted to protect the premium quality and integrity of Swiss meat.

“This deal demonstrates that DNA identification technology is increasingly scalable and can ensure the integrity of national meat brands.

To underscore animal welfare, sustainability and ethical production claims, industry and consumers want certainty on where meat is coming from.

“Traceability has shifted from being a ‘technical’ requirement, to being a mechanism to underpin brand integrity and industry profitability.

“As new technologies offer near instantaneous and affordable transparency, DNA traceability of meat and fish products has become highly relevant to the mass market, consumer behaviour and for national brands.

Traceability is set to play a key role in the future of the meat industry across Europe, the UK, North America and beyond.

Proviande Director Heinrich Bucher also spoke, saying: “Thanks to clear proof of provenance, this system will bring transparency and further certainty to Swiss meat – strengthening the confidence of consumers and supporting of our national meat industry.”

IdentiGEN celebrates 20 years in business this year and has its headquarters in Dublin.

Along with Ireland and Switzerland, the company also has laboratories and offices in Wales, the US, Canada, Germany and the Czech Republic – and is exploring further expansion opportunities. 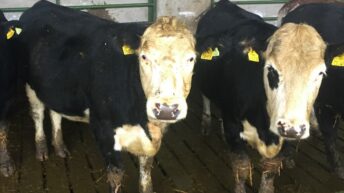