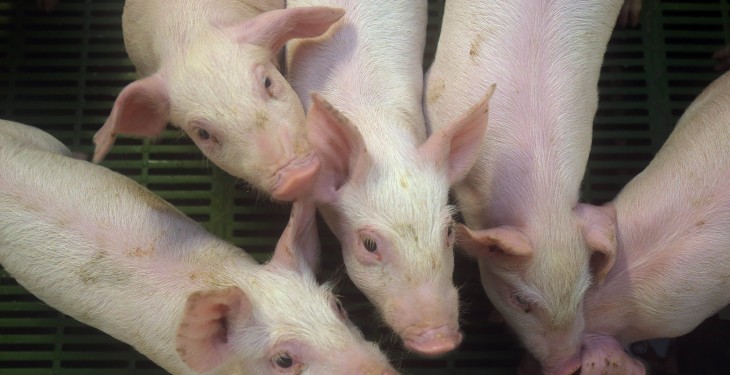 It comes as pig farmers report prices dropping towards €1.30c/kg this week. Reports of a 4c/kg cut in the price of pigs would see the average 500-sow unit hit by nearly €1,000 a week.

Michael Monagle, a pig farmer and Chairman of the North South Pig Company NI Ltd, has said in an open letter that the aid smacks of a forgotten industry and that the pig sector is going through a ‘silent crisis’ for some time now.

Of the €27.4m aid payments made to dairy and pig farmers, pig farmers are still waiting to be paid the €1m that was allocated to them.

The Department of Agriculture is yet to contact farmers about how to apply for funding under the scheme, however it confirmed that it is in the process of writing out to pig farmers inviting applications to apply.

Payment to pig farmers will be in the form of a flat rate payment of over €3,000 to each farmer.

The Minister for Agriculture, Simon Coveney, confirmed that flat rate payments will issue to all pig farmers with a minimum level of supply of 200 pigs slaughtered in 2015.

This will ensure that the payment is directed to those farmers most affected by the price volatility, thus meeting the requirements of the EU Regulations providing the funding, according to the Department.

While pig farmers are left waiting for their share of the funding, their dairy farming counterparts were paid their aid package monies before Christmas.

“We obviously shouldn’t expect to be compensated more than pro-rata with others in the package but we should expect to receive our fair share,” Monagle said.

Monagle pointed out that the total package for distribution between dairy and pig farmers was €27.4m and that the pig farmers received €1m of this.

“Using some crude calculations (and what would be considered unacceptable farm gate prices) to compare the industries:

“On that basis and if ‘hardship’ was equal you would expect that pig farmers would get approximately 22% of the fund, but they got 3.65% – how was this calculated or accepted by those involved?”

Monagle has said that basically there has been a poor divide of funds.

People weren’t prepared and didn’t envisage that they’d be left with such a small package.

He has said that pig farmers and their representatives are much too quiet for their own good and must change their ways to get any recognition.

“Remember, ‘out of sight, out of mind’, we won’t get anywhere ‘standing behind the door’.”

The amount of compensation having been agreed and awaiting distribution to Irish pig farmers is abysmal to say the least.

It smacks of ‘a forgotten industry’ which is basically going through a ‘silent crisis’ for some time now.

Without doubt the industry is under-represented, by those who are charged to do so, and by those who report for us and those who regulate us – everybody sees the ‘writing on the wall’ but it hasn’t been highlighted enough.

The old analogy of “the baby that cries the loudest gets the milk” holds very true. The ‘split of the spoils’ of this package is ludicrous in any man’s language.

You have to compliment the dairy farmer representatives (who were quick out of the blocks), without whom we probably would not have received any assistance in the first place!

We obviously shouldn’t expect to be compensated more than pro-rata with others in the package but we should expect to receive our fair share.

Using some crude calculations (and what would be considered unacceptable farm gate prices) to compare the industries;-

On that basis and if ‘hardship’ was equal you would expect that pig farmers would get approximately 22% of the fund, but they got 3.65% – how was this calculated or accepted by those involved?

I would also contend that the hardship was not equal.

Dairy farmers have led quite a privileged existence (excuse the ‘broad strokes’) over the last 30 years or so and in general would had very little to complain about over that ‘protected period’ and I would say, well done to those who stayed or entered and invested heavily to commit to the industry. Not unlike pig farming.

Although output (and margin to some degree) would have been protected by quota, many farmers did exit the system to be replaced by more efficient ones.

Pig farmers have had a much more dramatic fall in numbers over the last four decades and this obviously points to reducing returns from the industry.

Pig farming is more intensive than dairying and requires a huge capital input followed by constant re-investment to have any chance of achieving the performance required.

This is a ‘catch 22’ situation because if don’t invest you are left behind in efficiency terms and if you do invest you have extra capital to repay.

The last reasonable year in pig production was in 2009 (when 10% of the herd were culled because of the dioxin issue) and the last good year was in 2006.

Pig farmers are constantly working on below breakeven returns for the last six years and this is obviously driving up ‘negative equity’ on a large percentage of farms.

If we were to omit those ‘new age hobby farmers’ which do not really exist in other sectors, the numbers would be less than half that. When you have a 99% drop out of participants in any given industry, surely it is time to take notice.

These statistics tell their own story, in a country where small holdings were predominant and one would have thought was better suited to pig farming than the more extensive farms in Europe.

Unfortunately today many pig farmers are on the ‘merry go round’ that doesn’t stop to let them off. It is a constant turnover business that lends itself to extended credit that somewhat camouflages profit/loss.

If those who wished to exit could exit we would have a better balanced industry.

With these above arguments (and there are many more), we the pig farming community must demand fair recognition for our current situation which will only be achieved with better reporting and representation by the powers that be, backed up by the small number of producers that are left.

We and our representatives are much too quiet for our own good and must change our ways to get any recognition – Remember, ‘out of sight, out of mind’, we won’t get anywhere ‘standing behind the door’.

Also pig farmers should challenge those public representatives that land on your door over the next three weeks (with ‘ammunition’ in hand) as to how they will protect our industry. Possibly ask them;-