Last night’s downpour of rain has caused flooding in areas in the north-west of the country today (Wednesday, August 23), with several counties both in Northern Ireland and the Republic hit in the process.

It has been reported by RTE that Northern Irish Firefighters responded to 60 flood reports last night between 7:00pm and 11:00pm.

According to Met Eireann, 60-80mm of rain fell in parts of Ulster. Malin Head was reported to have had over 70mm before a thunderstorm cut power to the area.

AA Roadwatch has reported flooding in counties Cavan, Donegal, Sligo and Derry, posting a series of updates on its Twitter page this morning. 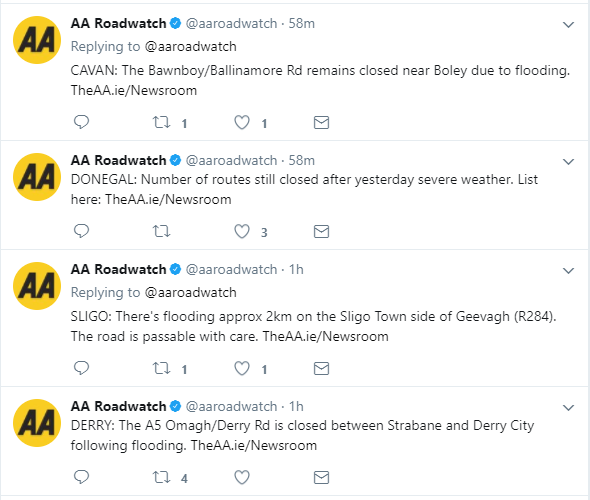 According to the PSNI (Police Service of Northern Ireland) Twitter account, there are hazardous conditions due to floods in Tyrone and Derry.

The police force also reports of the collapse of Ballynamee Bridge in Claudy, Co. Derry, due to the floods. 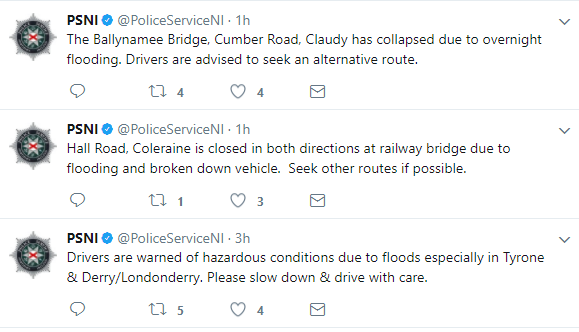 Trafficwatch NI has also been active on Twitter, advising that the Victoria Road, between Strabane and the top deck of Craigavon Bridge, is closed.