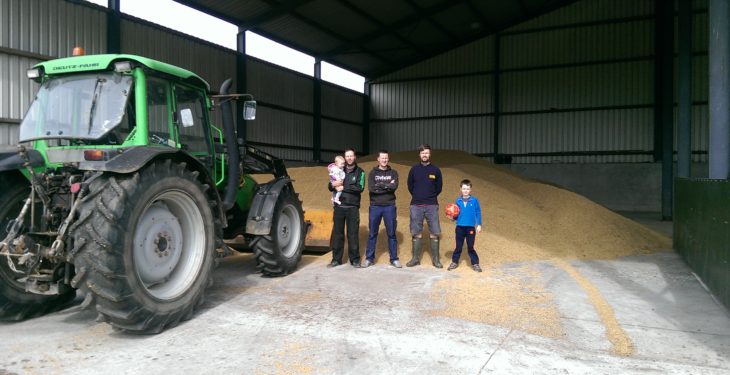 It’s a long way from Killeshin in Laois to downtown Hanoi. However, it was while travelling in the Vietnamese capital that Paddy McDonald, of The 12 Acres Brewing Company, sowed the seeds of his farm brewery business idea.

Farming for generations in the Killeshin area, the McDonalds made their mark on the business world. “My dad, John, who passed away in 2014, ran a sheep and tillage enterprise of about 200ac. My brother, Ian, runs the farm now,” said McDonald.

“Ian is the sixth generation to farm here at Clonmore. Our great-grandfather, John, who features on the bottle with our great-grandmother, Annie, added to his holding here in the 1920s.

“The ’12 Acres’ field was one of the fields he bought. He grew malting barley for Minch in Athy. The farm always had a history of agribusiness. Our great-grandfather set up the Leix Dairy on the farm in the 1920s. It was a successful local business, supplying milk and cream locally, up to the 1990s, when it was sold to Avonmore.

“Our father, grandfather and uncle also set up Clonmore Meats on the farm in the 1970s. That is still in operation today under the ownership of Tommy Brennan.”

Paddy McDonald’s own eureka moment in Hanoi was when he tasted the local ‘Beer le Hoi’ or ‘beer of the day.’ “It is fresh local beer, so delicious and fresh. It was way nicer than any beer I had before. After that, I was always looking for the local beer on our travels,” he said.

Returning home from his globetrotting in 2010, in the teeth of the recession, work was scarce. “I was doing a bit of work with Ian on the farm when he needed help. I also began home brewing when I realised we had 95% of the raw materials for beer at hand – a pure water source and the malting barley.

“Our dad had always been keen to do something with our water, as he knew it was an excellent source. We approached Minch Malt with the idea of malting a batch of our barley, separately for us. They got on board with the concept and dried and malted 100t of Ian’s barley separately through the maltings.

We are the only microbrewery in Ireland that brews beer with malted barley grown on our own farm. Our beers are completely unique in that sense. You can look out from our farm brewery door and see the barley growing in the field that will become next year’s beer. That is real unique traceability.

“Our water is also pure untreated spring water from under the same land the barley is grown on, which adds another dimension to our beers’ traceability. We feed the spent grains to the sheep, ensuring a full life cycle for the grains on the farm, once the sugars are extracted during the brewing process. There is zero solid waste from the process.”

There were many obstacles in establishing the venture, including securing funding. “First off, we went to the bank with our initial idea. They thought it was a good idea but told us that we had no customers yet, so they couldn’t give us any money. So we went away and began contract brewing at 9 White Deer Brewery in Ballyvourney, west Cork.

“Every month, we would go down with 0.5t of malt and brew our beer with them. Three weeks’ later, we would get our packaged beer sent up and we would go out and sell it. A year later, we went back to the bank with a new business plan, a nice bit of sales and plenty of customers.

“Our bank then financed the new microbrewery equipment and fit-out for one of Ian’s sheep sheds on the farm. Contract brewing is a good way to get started and test the market before investing in equipment.

“We then had to get planning permission and all the relevant licences, planning, discharge and a brewer’s licence. There were a lot of hoops to jump through but we got there.”

McDonald completed a general certificate in brewing from the Institute of Brewing and Distilling in 2013. “It was a very practical course, which gave a very good understanding of the brewing process,” he said.

“In July 2016, we began brewing on the farm, having spent the first six months of that year fitting out the shed. All our brewing and packaging is now done on the farm.”

Having started in Cork, brewing 2,000L every four to six weeks, the business is now producing about 6,000L a month. “We have the capacity to brew 12,000L a month, so we have space to grow if we need to. Our brewhouse can produce 2,000L in one batch. We use about 350kg of malted barley per 2,000L batch of pale ale or lager. We are still a very small operation in terms of volume.”

A batch of 2,000L takes one day to brew, McDonald said, a week to ferment, and a further two to four weeks to condition, depending on the beer. “It is then ready for packaging in either kegs or bottles, which is all done on the farm.

“Craft brewing is very manual and labour intensive, not like commercial brewing in a big macrobrewery. Craft brewing combines the old traditional methods with modern heating and cooling systems. No artificial preservatives or chemicals are used in our process.

“Time and gravity are let do their job, which gives a higher quality hand-crafted product, with more focus on ingredients and taste, rather than with speed of output and volumes. It takes longer to condition, but the beer is better for it,” he said.

The business has two part-time employees. “Ian and his wife, Michelle, and my wife, Aisling, also help out whenever needed, so it’s a real family business,” said McDonald. “Currently, we produce for the domestic market, but hopefully we will export at some point in the future.

“Our plan is to grow our market locally and nationally, to get the full capacity out of the plant, and to add new beers to our range,” McDonald said.

’12 Acres’ is stocked in bottle or draught across a range of pubs in Laois, Carlow, Kilkenny, Kildare and Waterford. Other stockists include independent off-licences, some SuperValu stores and Dunnes Stores. Full details on www.12acresbrewing.ie. 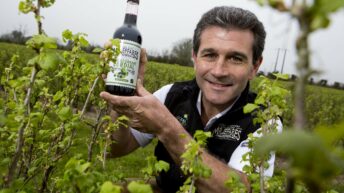