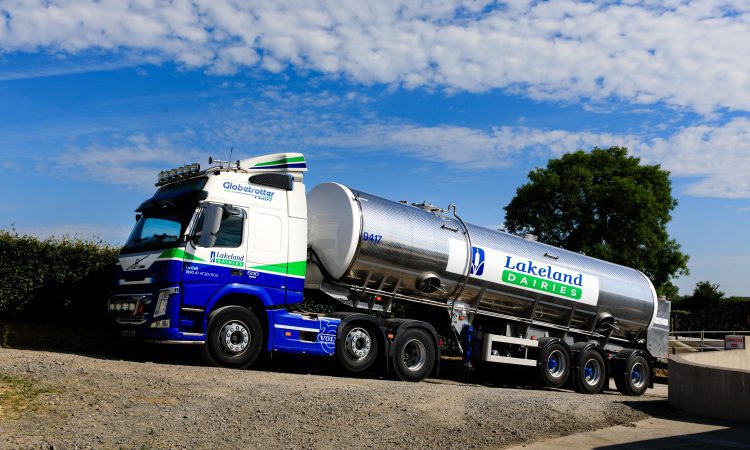 Lakeland Dairies has become the latest processor to announce its milk price for January supplies, deciding to increase its price following a board meeting today, Thursday, February 13.

In the Republic of Ireland, a base price of 31.81c/L including VAT and lactose bonus will be paid for milk supplied in January

The base price has been increased by 0.5c/L. Qualifying farmers will also receive the usual out-of-season payment, the processor has said.

In Northern Ireland, a base price of 25.25p/L will be paid for January supplies. The base price has been increased 0.25p/L.

Commenting on the price, a co-op spokesperson said:

“While European and US milk production has returned to growth in recent months, the global dairy market fundamentals are reasonable with supply and demand pretty well balanced. However, there is a growing concern in the market on the back of the coronavirus.

Over the past month, sentiment in China has become weaker as authorities there move to get a handle on the virus. This has resulted in a slowing of consumer sentiment and distribution channels.

“Lakeland Dairies will continue to monitor the market situation closely over the coming weeks,” the co-op spokesperson concluded.

The group has set a price of 31.5c/L including VAT. Based on January milk solids, the price return is expected to be 36.1c/L, the processor said.

That payment was paid in the middle of last month, and was calculated based on average annual milk supply for 2015 to 2019 inclusive.

On Monday, February 10, Glanbia announced an increase of 1c/L to its base price – it will pay suppliers a base milk price for January of 31c/L including VAT for creamery milk at 3.6% fat and 3.3% protein.

Glanbia’s farmer members will also receive a 0.42c/L payment, inclusive of VAT, from Glanbia Co-op on all milk supplied this month as their ‘Share of GI Profit’.

In addition, an Early Calving Bonus of 4c/L, including VAT, will be paid to creamery suppliers for January milk.

This, the processor says, will bring the price member suppliers will receive up to 35.42c/L including VAT.