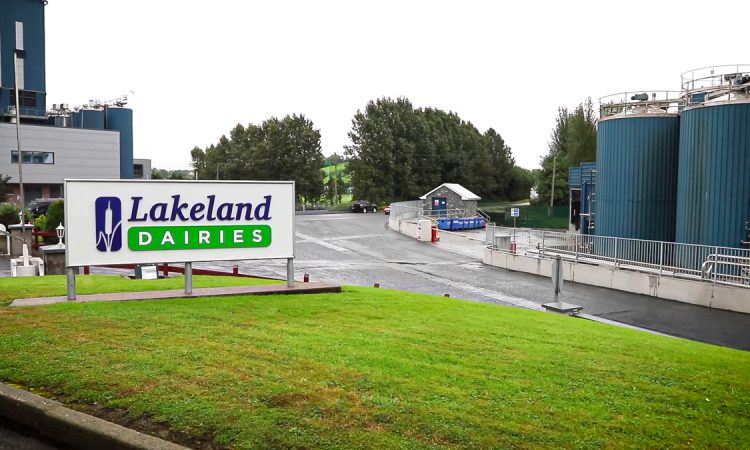 Lakeland Dairies has become the first processor to announce its milk price for September supplies, revealing an increase for last month’s milk.

The Cavan-based cooperative revealed its milk price following a meeting of its board earlier today (Tuesday, October 13).

Lakeland will pay its supplies 32c/L including VAT for September milk.

This is an increase of 1c/L in base price.

In Northern Ireland, a base price of 26.25p/L will be paid for September milk. Again, the base price has increased by 1p/L on the August price.

“There is some stability in the global dairy markets but there are growing worries around the supply / demand dynamic. After a subdued first half of the year, supply in many of the main production areas appears to be ramping up through the second half of 2020.

With demand still subdued, a major surge in milk supply would be concerning for markets ahead of the critical Christmas buying season. There is also a considerable volume of product in private storage which will be back on the market in the coming weeks. Demand will need to ramp up to deal with this extra volume.

“The recent improvement in foodservice sales is welcome but as all economies deal with a resurgence of Covid-19, the recovery for the sector is stop-start with fluctuations in demand.

“The entire dairy industry remains hopeful that a Free Trade Agreement between the EU and the UK can be agreed as ending the transition period without a deal would be extremely worrying for exporting companies.

“Lakeland Dairies will continue to monitor the market closely in the coming weeks.”

Last week, it was revealed that Ornua’s Purchase Price Index (PPI) increased for the month of September.

In a brief statement to AgriLand on Wednesday, October 7, a spokesperson for Ornua said:

This converts to 29.7c/L including VAT based on Ornua’s product purchase mix and assumed member processing costs of 7c/L.

This is an increase of 0.3c/L on the 29.4c/L equivalent figure for August.

“The increase is as a result of a more favourable product mix, with generally stable returns across the product range.

In addition, the Ornua Value Payment payable to members in the month is €5.9 million, which equated to 6.5% of gross purchases in the month [year to date 4.2%].