LacPatrick has become the latest processor to reveal its milk price for August supplies.

The Monaghan-based processor today (Tuesday, September 18) announced that, in the Republic of Ireland, suppliers will receive a price of 32c/L including VAT for manufacturing milk supplied in August.

The price is held from July.

In Northern Ireland, suppliers will receive a price of 27.5p/L for milk supplied in August. Again, this price is held from July.

Yesterday, Dairygold announced an August price of 32c/L including 0.5c/L quality bonus and VAT, based on standard constituents of 3.3% protein and 3.6% butterfat.

Earlier the same day, Kerry announced its decision to hold its milk price.

The Kerry Group base milk price for August remains unchanged at 32c/L including VAT, a spokesperson for the company said.

Earlier in the week, Glanbia Ireland (GI) increased its base milk price for August from 31c/L to 32c/L including VAT, for manufacturing milk at 3.6% fat and 3.3% protein. There will be no support payment from Glanbia co-op this month, however.

Meanwhile, Lakeland Dairies decided to hold its price for milk produced last month; it will pay its suppliers 32.78c/L including VAT for the second month in a row. 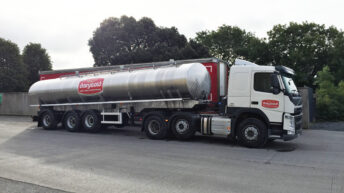 All steady for August as Dairygold holds milk price