Kilmeen Cross: ‘A real issue in rural Ireland that needs to be discussed’ 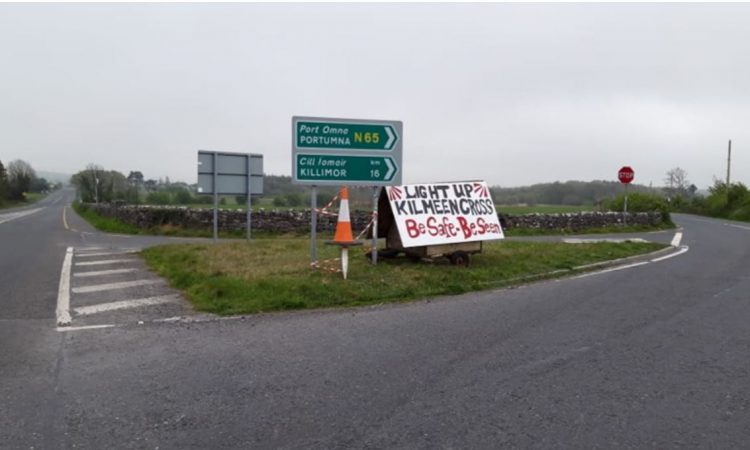 Residents of a small rural community in Co. Galway have joined forces in an effort to get the powers that be to address road safety concerns in their area.

The community which hails from just outside Loughrea has banded together in the hope that a dangerous junction can be realigned and lit up. However, residents claim that, while the funding is in place to carry out the necessary work, Transport Infrastructure Ireland (TII) won’t give the go-ahead to get the job done.

Kilmeen Cross Action Group was established two and a half years ago to address the difficulties motorists and locals alike face every day at the junction. The community there also pointed out that – over the last 35 years – it has lost 14 loved ones to accidents on the route.

Meanwhile, the affected route runs along the N65 at Kilmeen Cross going out onto the Portumna Road. The local bog road also runs onto the junction and locals say it too is in “very, very bad condition”.

Jackie Flannery is chairperson of the Kilmeen Cross Action Group and she says that funding was secured to carry out work on the bog road last year.

Those necessary works, she pointed out, were executed last August.

As you come out from the town of Loughrey and head for Ballinasloe you hit upon what is now the old N6 – which  is now a national route – and the national route comes as far as Kilmeen Cross.

She continued: “What we understood was that, from Loughrea to Kilmeen Cross and onto the Portumna Road – the N65 – was going to be the main thoroughfare, but instead TII has now done a u-turn and decided to use the R446 – the old N6 – as the right of way.”

This, says Flannery, adds to the difficulties at the junction.

“Our main aim is to light up what is a very dark junction at Kilmeen Cross. We are working very closely with our elected representatives in Loughrey and with Galway County Council and they have all been very supportive of what we are trying to do here,” she continued.

“We have attended meetings at the municipal districts over the last two and a half years in an effort to keep the Kilmeen Cross issue on top of the agenda. But the problem we have now is that TII won’t give the go-ahead.”

Flannery says she has sought to have a meeting with TII but hasn’t managed to secure that yet.

We need to meet the CEO of TII and he needs to meet us so that he can get the feel for what is happening on the ground at Kilmeen Cross – these are real issues in rural Ireland that need to be discussed.

She added: “There is also a lot of confusion at the moment over the situation; TII did produce a T-junction design but as a group we turned that down. We have done quite a lot of needs analysis ourselves on motorists who use the route daily – almost 9,000 vehicles use it every day. A traffic count was done in November 2017.”

Flannery also pointed to the fact that numerous needs analysis have been carried out on the route and that from that it emerged that close to 9,000 vehicles use the route every day.

“You are talking about a small rural community being subjected to that every single day,” continued Flannery.

This issue is about a lot more than road safety because with traffic figures like that infrastructure becomes important as does tourism.

“Our end aim is to ensure that this junction at Kilmeen Cross is lit up – it is very, very dark at night-time there.” 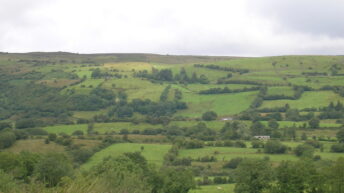 ‘Robust policies must be in place to manage emissions’ – Bruton