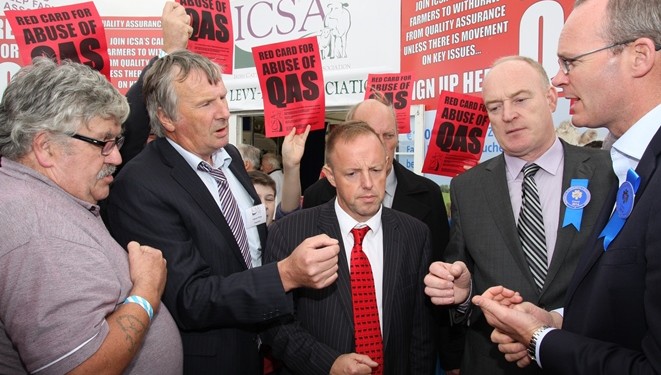 ICSA President Patrick Kent has called for the appointment of an independent meat regulator, who would have the power and authority to fully investigate the relationship between the meat factories and food retailers.

“I am fully aware of the fact that a regulator cannot control prices. But the person appointed would have the wherewithal to fully dissect out the full nature of the dealings between the factories and the supermarkets. And this must be achieved on an EU-wide basis, as we export 90% of our beef output to the UK and the rest of Europe,” he said.

“All of this means that the onus of appointing the regulator lies with Phil Hogan in his new role as EU Farm Commissioner. The Beef Forum is a side show. Nothing of substance will come out of it. Courtesy of the two meetings held to date, the meat factories have managed to avoid all of the hard questions. And this is unlikely to change moving forward.”

Commenting on the impact made by this year’s National Ploughing Championships, Patrick Kent said that the success of the event reflected the importance of farming and food within the Irish economy as a whole.

“No other industry could support an event of this scale,” he said. “However, I did notice that food retailers, such as Aldi, are fast becoming the biggest sponsors of the event. This is further evidence of the profits which food retailers are making. But there has to be equality of profit sharing right along the agri food chain. And if this is not achieved, the retailers will soon find that the primary producers, on whom they rely so heavily, will no longer be in business to supply them.”