‘Keep your dog on a lead or face the consequences’ 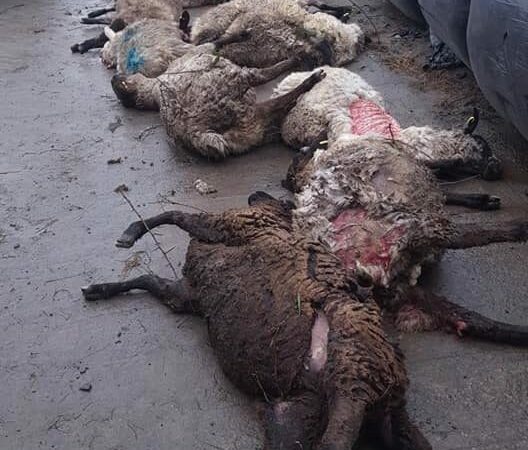 This is according to Sean Dennehy of the Irish Farmers’ Association (IFA). He gave his reaction to statistics released by the Gardaí on the number of reported dog attacks on livestock since March.

These statistics highlight two clear issues – irresponsible dog ownership and the magnitude of the problem of dog attacks on sheep.

He added that dog owners refuse to take responsibility for their pets, despite repeated appeals by the IFA.

“The IFA has a detailed protocol on this issue. Farmers are fed up with the casual approach of some dog owners who will not accept the damage their pets can inflict on sheep.

“While we encourage flock owners to report attacks, this may not even be the full picture. The injuries inflicted on sheep are horrific and farmers may be too upset or traumatised to report to the Gardai what has happened,” he said.

He reminded dog owners that sheep farmers are entitled under law to defend their livestock and, if their flock is threatened, the law does allow them to shoot the dog.

The IFA has repeatedly asked the government to put serious resources into a single database on microchipping and an adequate dog warden service, but this hasn’t happened.

“We will be making fresh proposals to the new government and expect to see some action in this area,” he said.

The comments made by Dennehy come off the back of statistics released by the Gardaí, whereby they received 47 reports of livestock being attacked since March.

Garda inspector James White commented: “If your dog goes and attacks animals on someone’s land, you could be held liable for damages and face prosecution. The farmer is also within their right to shoot any animal that is worrying their livestock.”