There is just one month left to apply to the €500 million Climate Action Fund launched by the Minister for Communications, Climate Action and Environment, Denis Naughten, earlier this year.

Supporting initiatives from the public and private sector, it is hoped that the fund – which is a central element of the Government’s National Development Plan 2018-2027 – will help Ireland to reach its climate and energy targets.

Minister Naughten announced the ‘Call for Applications’ in early July and he also confirmed that applications must be submitted by Monday, October 1.

At the time of the initial announcement, the department outlined that this call for applications will provide grant funding to larger scale projects – those seeking total support in excess of €1 million – that are scheduled to commence development in 2019 or 2020.

The focus will be on supporting a broad range of projects that demonstrate innovation, the department added.

The types of projects that may be supported include:
Advertisement

Further calls for applications are expected to be made as the fund develops.

Commenting previously on the fund, Minister Naughten said: “This fund is one of the most innovative measures that we announced as part of Project Ireland 2040, where we have ring-fenced half a billion euro for projects that will have a practical and profound effect on the future of our nation and our environment.

“It’s about turning innovative ideas into climate action and using this fund to support larger scale projects that would otherwise not be developed without this support from Government.

The opportunities are endless and I would encourage people to be creative and solution-focused.

“Projects could range from electrifying our bus fleet, to expanding electric vehicles‘ charging infrastructure, or the development of district heating projects in our cities, to using farm and food waste as a source of renewable energy,” he said. 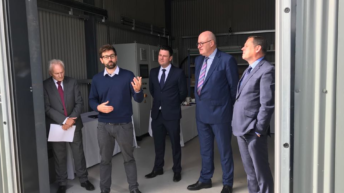