Just €15.4 million of €20 million BEEP budget to be utilised

Just €15.4 million of the original budget of €20 million will be used under the Beef Environmental Efficiency Pilot (BEEP), according to the Department of Agriculture, Food and the Marine.

In a statement to AgriLand, a spokesperson for the Department of Agriculture, Food and the Marine said:

“Once the closing date for applications had passed, the department calculated that, based on the number of calves recorded on the AIM system as born in applicants herds during the reference period, the most that could be paid out under the pilot was approximately €18 million.

Payments amounting to €15.306 million have been already made to the 16,424 participants who have completed all their actions under the pilot.

The department noted that there are approximately 100 remaining cases now being processed for payment.

This is expected to amount to approximately €94,000, which will yield a total payment of approximately €15.4 million under the pilot, the authority confirmed.

“It should be noted that not all applicants for the pilot in fact participated, and not all participants weighed all their potentially eligible cattle,” the department spokesperson said.

This is the reason for the shortfall between €15.4 million and €18 million.

BEEP was a demand-led pilot scheme with payment being made on calves born in applicants’ herds between July 2018 and June 2019.

To qualify for payment, applicants were required to weigh the cow and unweaned calf and submit the recorded weights by November 1, to facilitate payment in December. 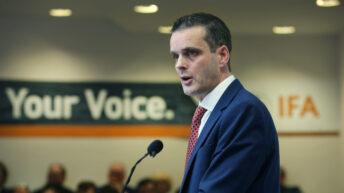