Jumping on the train to improving farm sustainability 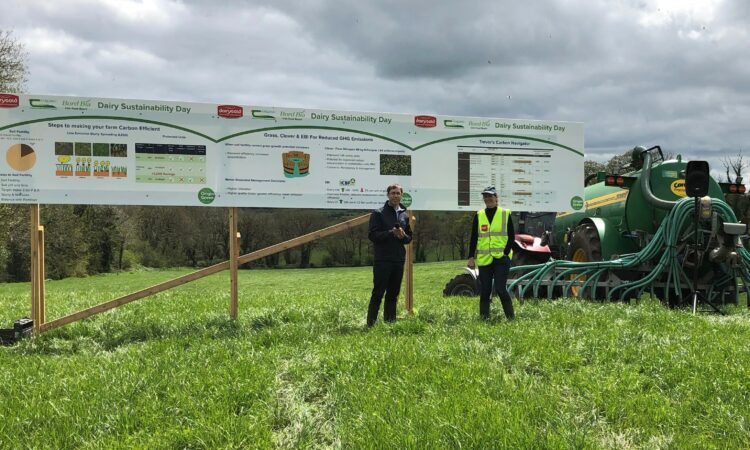 Since the abolishment of milk quotas and the rapid expansion of the dairy industry, more is beginning to be asked of farmers in terms of maintaining our green image, reducing our environmental impact whilst improving farm sustainability.

Teagasc recently released a booklet which outlines seven on-farm practices – that dairy farmers can implement on their farms – “to meet sustainability challenges” while still keeping the same level of farm profitability.

During a recent farm walk on the farm of Trevor and Olive Crowley – who last year were awarded with Bord Bia’s 2018 Origin Green Award for the most reduced carbon footprint – Teagasc’s William Burchill discussed two of these on-farm practices which farmers should try to implement.

Explaining what Low-Emission Slurry Spreading (LESS) is, he said: “This is the use of a dribble bar, trailing shoe or injecting system when spreading slurry.”

According to William, the problem with the splash plate is: “The slurry is left on top of the grass – which contaminates the grass – and it is then left exposed to drying conditions, so the nitrogen (N) in the slurry evaporates.” 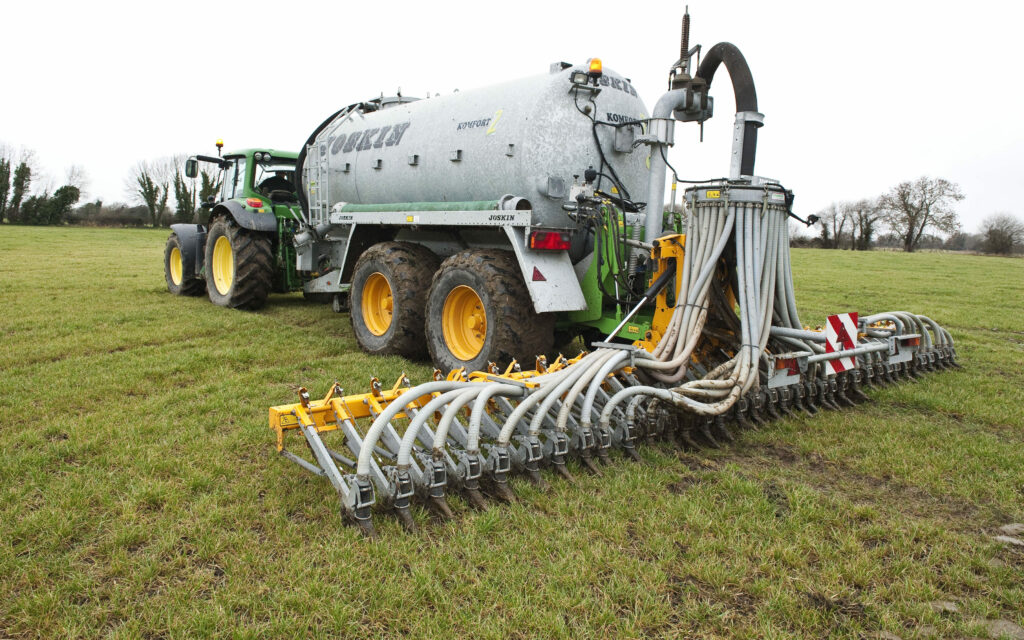 However, the dribble bar and the trailing shoe are putting the slurry in narrow lines, so a lot less slurry is left exposed to these drying conditions – which can actually burn off the N from the slurry.

These spreading techniques can additionally give you “typically three extra units of N per 1,000 gallons of slurry that you spread, so you’re getting a slightly better kick”.

“Protected urea is the same granular urea that we are all used to, but there is just a coating around the outside of the urea granule,” explained William.

Teagasc studies show that when comparing urea, CAN and protected urea together, “the three fertilisers are growing the same level of grass across different sites under different soil conditions”.

However, the big plus to using protected urea is that “it grows the same amount of grass as other fertilisers, is cheaper than CAN and it is ticking all the boxes in terms of reducing emissions”.

“I think protected urea is one of the easiest options available to us for reducing our emissions, while at the same time not costing us anything extra.

“I would advocate that normal urea is still used in the spring time, because it is the cheapest option and then switch to protected urea in the mid-season rather than CAN,” expressed William.

The protected urea can be purchased by itself or with sulphur (S), which is a good option to have if you wish to include S in the round.