Beef Plan protest: What did the farmers have to say?

The Beef Plan Movement staged a protest consisting of a mock funeral for the beef sector ahead of a meeting in Ballinasloe, Co. Galway, this evening, Thursday, May 9.

AgriLand was at the protest to hear why beef farmers were protesting and to see what they feel needs to change in the industry.

Chairman of Cavan Beef Plan branch, Padraig Duffy, said he came to the protest to raise awareness of the situation beef farmers are currently in. 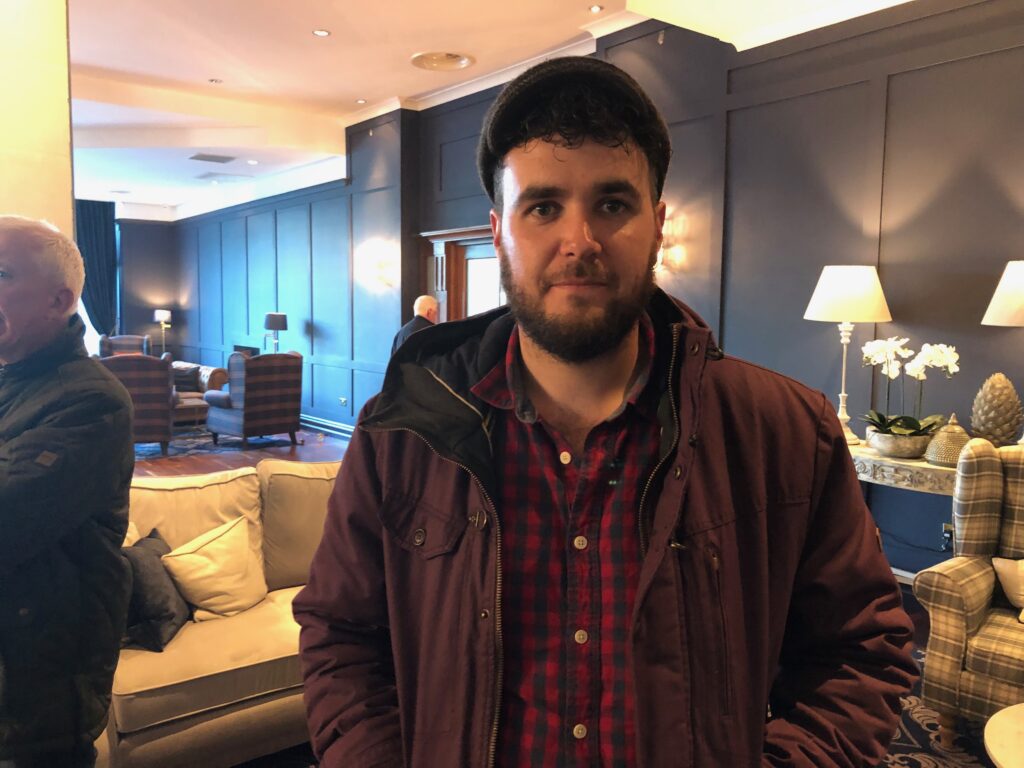 “We are fed up of being walked over for years and it is about time somebody stood up and done something for the beef farmer.”

He added: “Beef farmers will not go down without a fight. Beef price was on a downward spiral for a long time and we want fair play for our market share and a fair price for our produce.”

A beef farmer from Co. Sligo, Martin McGarry said: “The reason I’m protesting is the current price of beef. 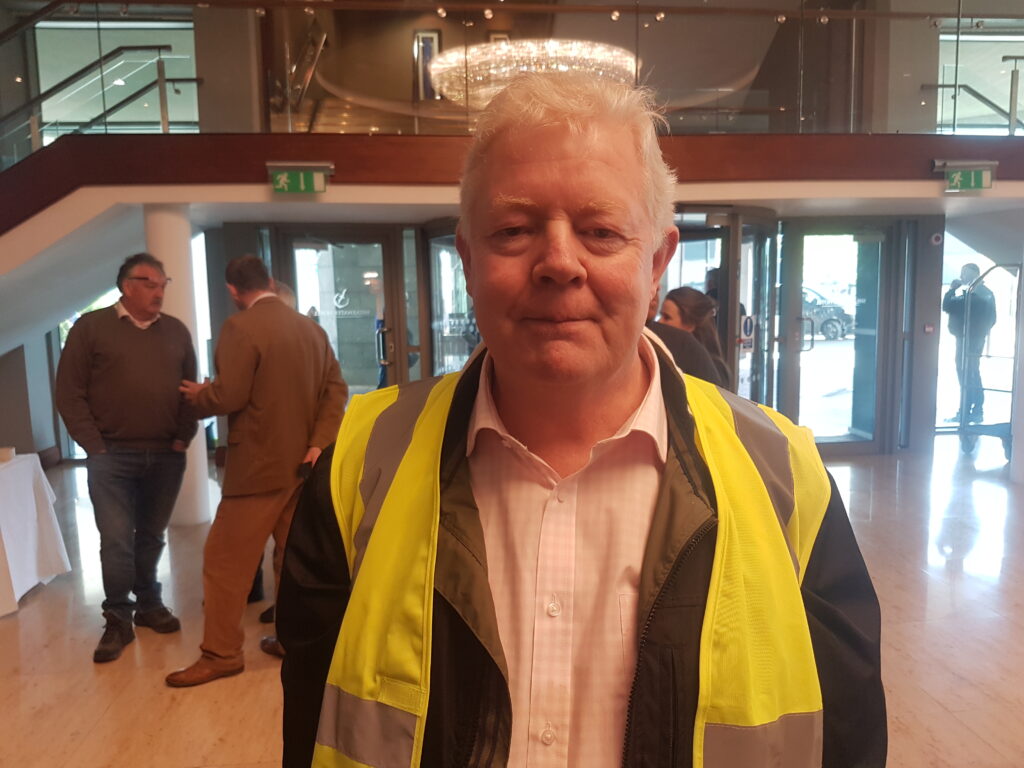 “We’re selling beef at below the cost of production. We don’t need beef to increase in price to the consumer, all we need is a fair share of that market price.”

He believes: “Over 80% of the margin is split between processors and retailers. In 1995, we were getting 45% of the shelf price of beef and it has been declining ever since.

“A farmer keeps a beef animal for almost three years, the processor keeps it for three weeks and the retailer has it for three days,” he concluded.

A Co. Sligo based beef farmer, Gerry Pilkington, explained he came to the protest “to try and make an impact on what is happening in the beef industry”. 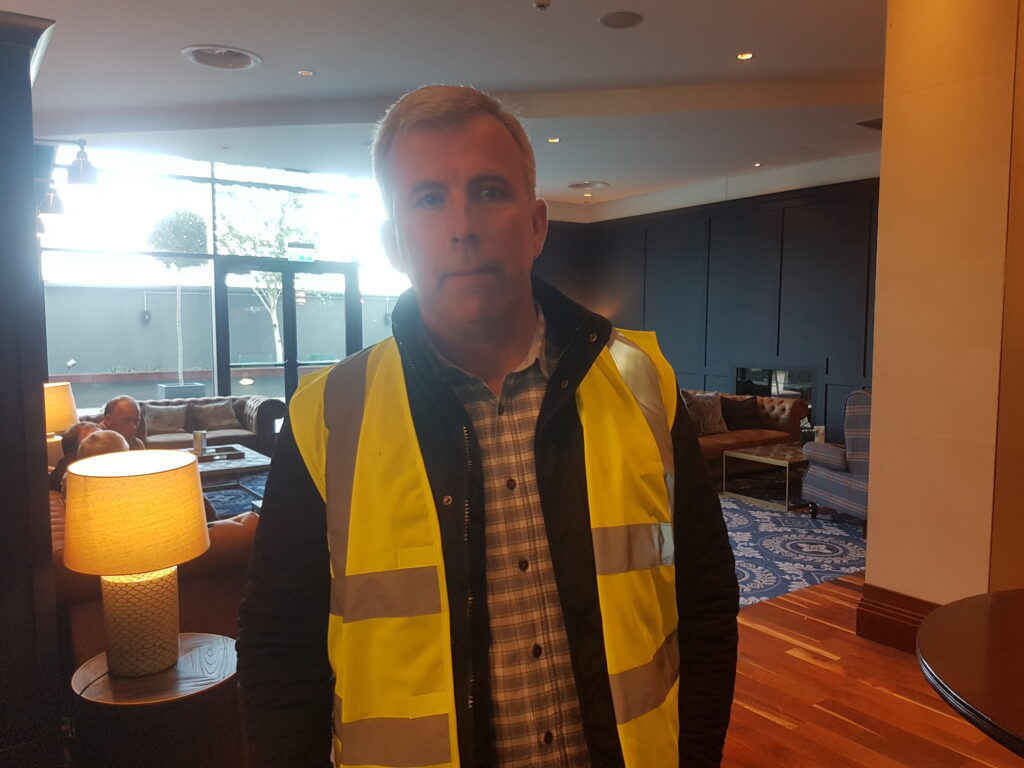 “Beef and suckler farmers are on their knees because of anti-competitive practices in the industry.

“Processors and retailers are taking the largest slice of the pie and the farmer that spends the most time producing top quality beef is the worst paid.

“To create confidence for the future of this industry, there needs to be action taken now,” he stressed.

A suckler/beef farmer from Co. Clare, Mark O’Rourke believes the Minister for Agriculture, Michael Creed, “has forgotten about beef farmers in the west of Ireland”. 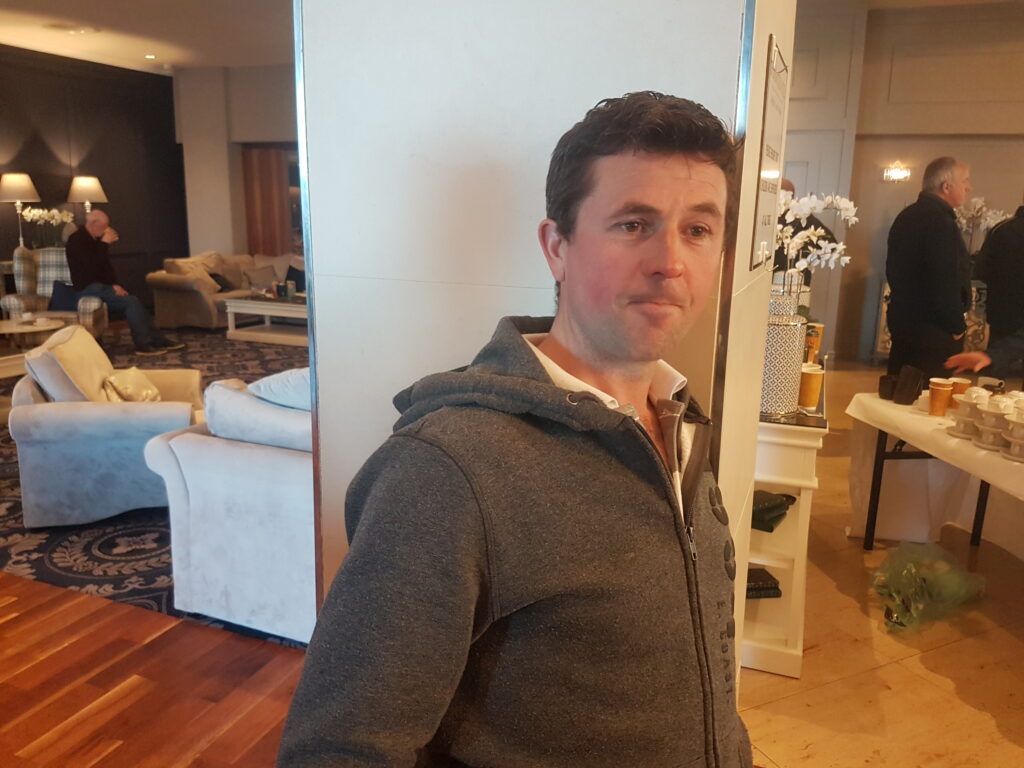 He believes: “It seems to be all just about pushing the dairy industry.

“The suckler industry is just dying a slow death. In Ennis mart any Thursday there’s suckler cows just being let go. Lads are cutting back and they don’t know what route to go.

The way it’s going, it will be all forestry; there’s no youngster going into farming.

He feels that “the bigger farmer will continue to expand but the small man needs subsidies to stay going”.

“The factories have a law to their own. They set prices at whatever they want and set their own specifications.”

Concluding, he stressed that “this needs to change”. 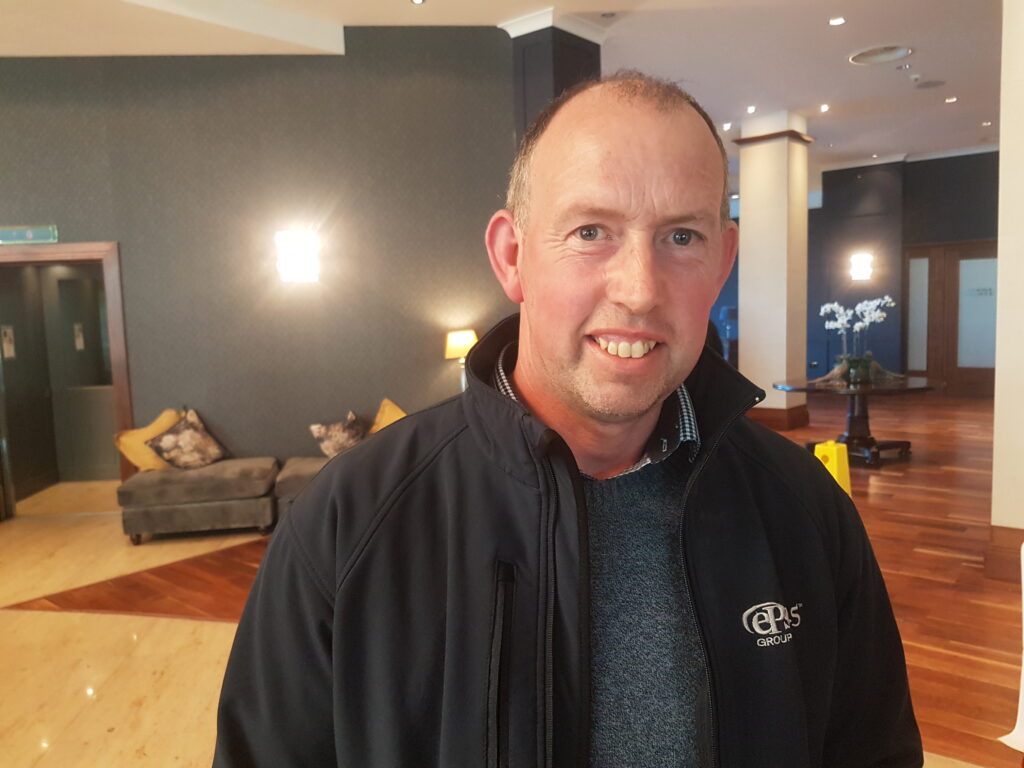 “All the cattle we killed last year lost a minimum of €200/head. It adds up when you’re killing 60-70 cattle a year,” he concluded.

A suckler/beef farmer also from Ballinasloe, Co. Galway, John Lally remarked: “We’re getting the same price for beef today as we were getting in 1988. 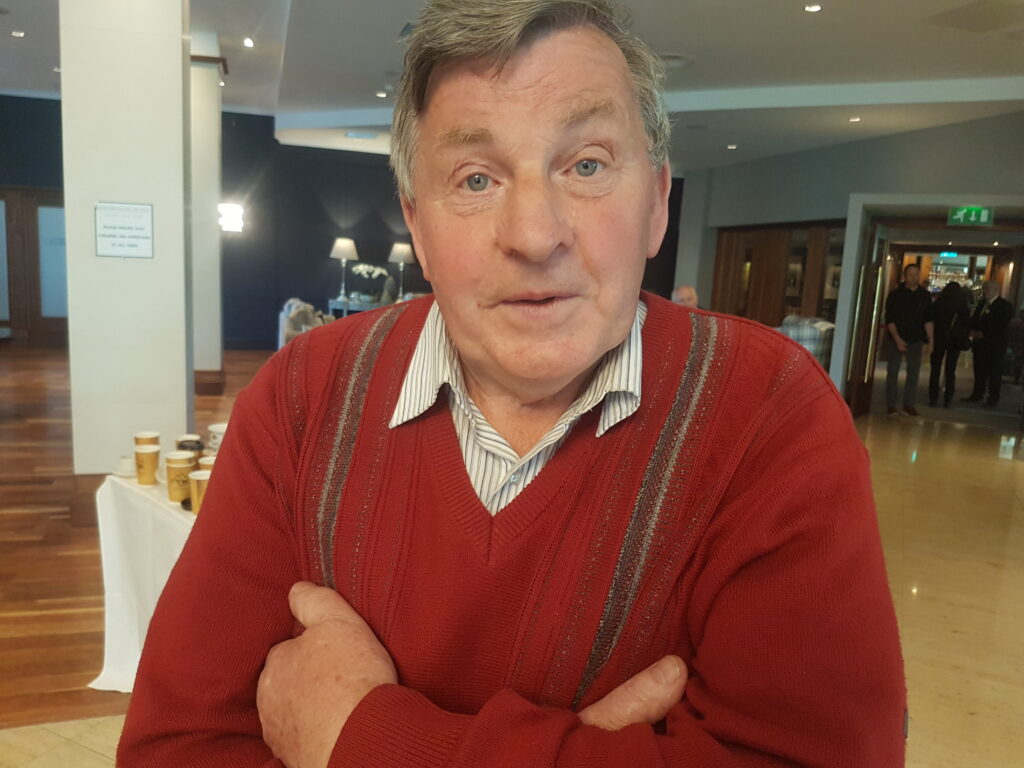 “Something will have to be done or farmers will go to the wall,” he concluded

“The game is nearly over as far as we’re concerned. The beef industry has been on its knees for over two years now,” according to Hugh Doyle, vice chairman of the Beef Plan. 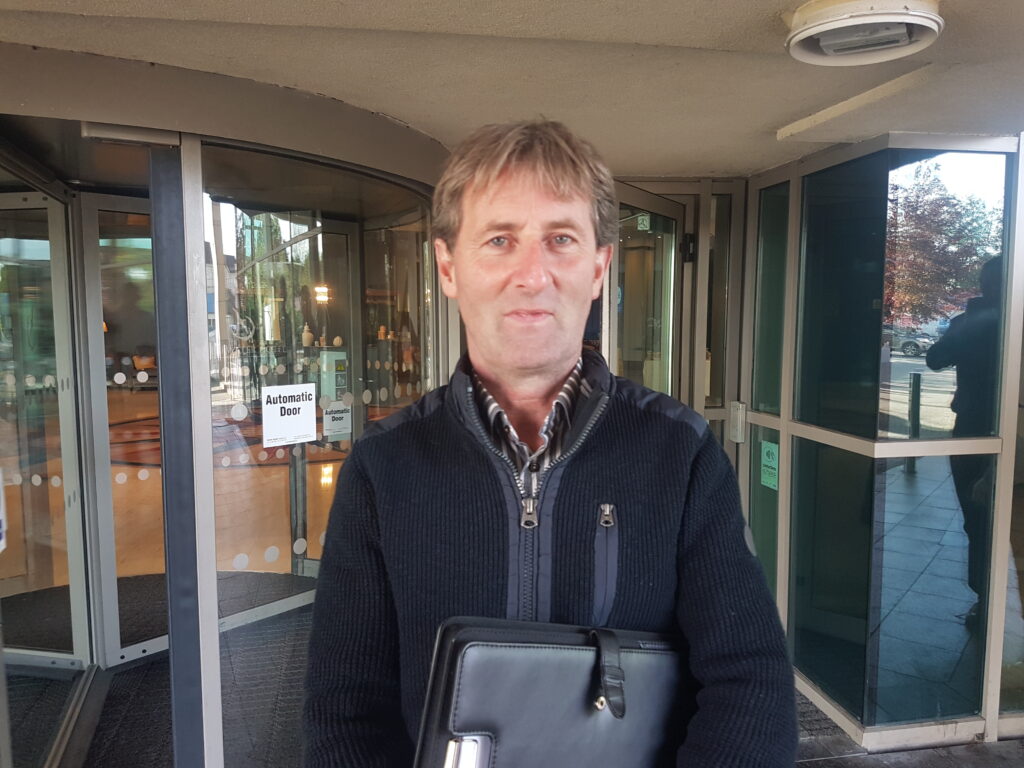 “Farmers are leaving the industry and we’re not getting any engagement with the stakeholders that are supposed to be looking after our industry.”

According to Doyle: “Until the Irish beef farmer gets a contract working from the retailer back, we have no show.

“What’s happening is the processors and retailers are taking their slice and the farmer gets what’s left.

“No businessman can run a business if they have no idea what they are getting for their final product,” Doyle concluded.

Over €30,000 raised by Threshing Cancer at MF event