It’s time to get serious about ‘man tan’ 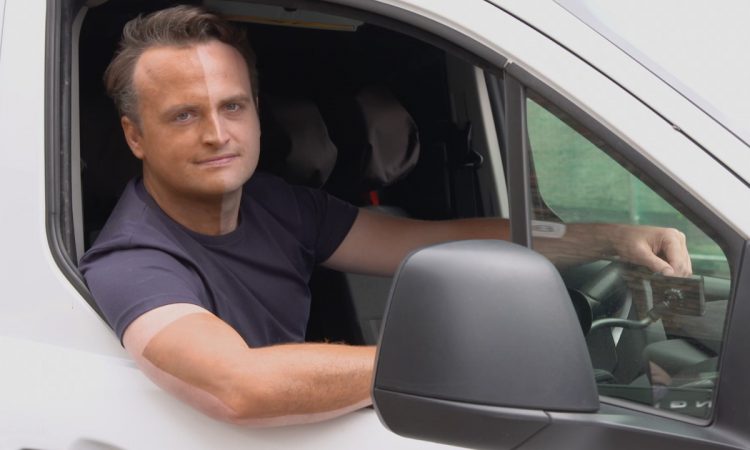 Farmers and others who work or spend a lot of time outdoors are being targeted in a new ‘man tan’ campaign.

The ‘man tan’ skin cancer awareness campaign by Breakthrough Cancer Research, in association with Healthy Ireland’s SunSmart initiative, is urging farmers and other outdoor workers as well as sportspeople to take extra precautions while outdoors.

Ireland has one of the highest mortality rates for melanoma in Europe and those who spend time outdoors regularly are at extra risk, with outdoor workers accounting for almost 25% of those who are diagnosed, the charity said.

Melanoma also kills more men than women and it’s the fourth most common cancer in men, according to Breakthrough.

It’s time for men to take sun protection more seriously as it’s a 100% preventable disease, the charity stressed. It has launched lighthearted films with a deadly serious message, warning that tanned skin is damaged skin and the only safe tan is fake tan.

The campaign, targeted at outdoor sports people and outdoor workers, particularly in farming and construction, is supported by ambassadors including RTE’s Home of Year judge Patrick Bradley and rugby star Luke Fitzgerald.

It draws attention to the phenomenon of ‘patch tanning’ where areas not clothed or sufficiently covered by high SPF sunscreen create a pattern that marks out skin that has been put at risk.

The launch films target golfing, cycling and surfing, individual activities that have seen an uptake while outdoor team sports have been disrupted for the past few months.

Breakthrough Cancer Research conducted a survey recently which found that 73% of people burn patches of their skin regularly. The danger lies in these spots that we miss with sunscreen, the charity said. Its short films highlight the areas that those who work and play outdoor sports regularly miss the most, such as the bottom of the legs, around the cap line and where t-shirts and shorts ride up.

Breakthrough is calling on people who spend time outdoors regularly to not be complacent, to increase their UV awareness and be more vigilant when applying sunscreen to achieve 100% coverage.

“We have seen some very nasty cases of basal cell carcinomas and melanoma in areas that are exposed to the sun regularly, like the neck, ears and lower legs, especially in men. In fact, almost one in four skin cancer deaths are from outdoor workers alone in Ireland,” she said.

It’s time that these risk groups get more serious about skin cancer prevention. As it’s near impossible for many of these groups to fully cover up or keep in the shade, as recommended, it’s even more important that they are UV aware – over 3 is dangerous – and apply a high factor SPF – over 30 – covering all areas of their skin, even when it’s cloudy.

“We have put some helpful tips on our website to help people become more SunSmart and UV aware”.

Home of the Year judge and architect Patrick Bradley is among the celebrity supporters raising awareness with outdoor workers.

“Healthy and outdoorsy people don’t often think about sickness affecting them,” said Patrick, who is from a farming background.

We need to take skin protection more seriously, especially when the UV is high and not just when it’s really sunny, said the architect and farmer.

“This is a disease that can affect anyone. I’m raising awareness about the dangers of patch tanning – those strange tan lines that highlight where you haven’t covered up enough – and the need to be sun smart for those of us who work or play sports outside.”

The ‘man tan’ campaign is part of Breakthrough’s overall national awareness campaign ‘Let’s get to 100% Together’, which warns about the importance of protecting skin from UV damage 100% of the time and the need for new treatment options in a bid to achieve 100% survival from the disease.

Breakthrough is helping improve the survival outcomes for those already diagnosed.

Last month, the charity gave the green light to an exciting new skin cancer research project. The treatment uses calcium instead of chemotherapy and could be available for patients in a clinical trial, initially in Cork, as early as November.

The hope is that this non-toxic non-surgical but highly effective treatment can be delivered to outpatients.

The hope is that people will tag a friend with a ‘man tan’ who needs to hear the message. 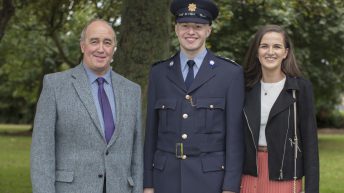