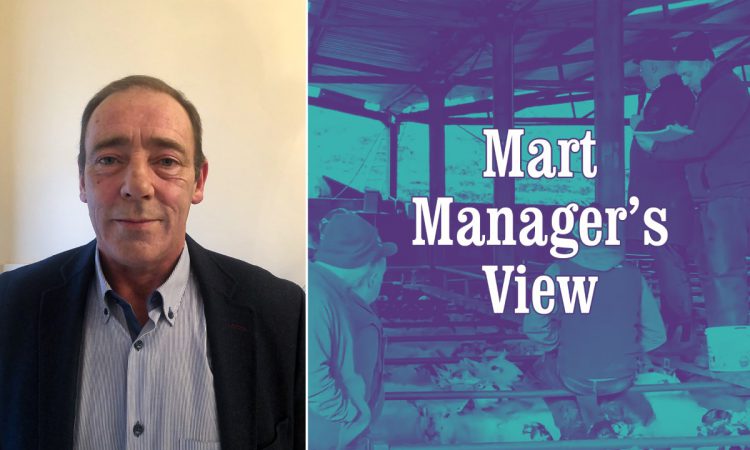 Over the past week or so, many marts have reopened their doors to facilitate the movement of both cattle and sheep, albeit under very strict protocols and social distancing measures.

In order for a mart to reopen, it has to submit a detailed written standard operating procedure (SOP) to the Superintending Veterinary Inspector (SVI) in their local Regional Veterinary Office.

Marts that have received the green light to reopen – under strict protocols – can provide a weighing service, by appointment, with the mart facilitating the transaction between the buyer and seller.

One mart, in particular, that reopened and gave farmers a platform to move their stock on was Dowra Mart, which held its weekly sheep sale on Tuesday, April 7.

To find out how the sale went and what the trade was like, AgriLand caught up the mart’s manager, Terry McGovern.

Speaking about the system that was in place and how they managed both the buyers and sellers, Terry explained: “Any farmer that wanted to sell sheep were given a time between 9:00am and 11:00am to drop off their stock.

“We [mart staff] unloaded the sheep and collected the relevant documents that were required from the farmer. All the sellers left the premises, except for one farmer who opted to wait in his vehicle until his sheep were sold.”

He added: “Then, from 11:30am onwards, we gave buyers – one at a time – 15 minutes to look through the pens of sheep. Each buyer was given a sheet and a pen and any stock they were interested in buying, they would have to put down a price that they were willing to give for that particular pen of sheep.

Once all the buyers were finished and made their offers, the buyer who offered the highest price was sold the pen of sheep that they made the offer for.

“To make it clear, no buyer knew how much the other interested party bid for a pen of sheep. So, all in all, it made for an interesting and successful sale; however, it was very time-consuming compared to a typical live auction.

“All safety protocols and social distancing measures were adhered to on the day and I had the minimum number of staff working on site.

“On the day, when everything was wrapped up, the feedback from both the buyers and sellers was positive. There were just over 20 people looking to buy stock and I’d say well over half of them left the yard with a trailer load of sheep.”

Some 400 sheep were on offer at Dowra Mart on Tuesday, April 7. There was a good trade overall, according to Terry.

He added: “A couple of buyers did say that the quality of ewes with lambs at foot that were on offer were of a very mixed-quality. However, on the other hand, spring lambs, hoggets and cast ewes were a good trade.

“There was a pen of ewe hoggets that weighed 47.5kg that sold for €132/head, which was similar to the prices we saw before the coronavirus outbreak.

Terry explained: “There was a number of feeding ewes on offer, with prices for these lots ranging between €60/head and €85/head.

Ewes with lambs at foot was a very mixed trade, with prices for these lots ranging between €110/head and €150/head; a good proportion of these lots would have consisted of mountain-type ewes.

“Look, it wasn’t an ideal way of selling sheep in comparison to a live auction; however, we plan to stay open and offer farmers the chance to sell their stock throughout these difficult times.

“I can’t see us holding a live auction for quite a while – so all we can do is keep going and try to keep the show on the road.” 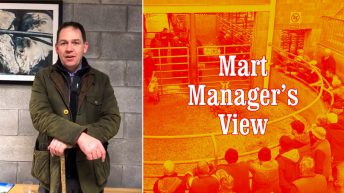