The Irish Whiskey Association has welcomed a 14% increase in exports in 2017, noting that the export growth is “delivering for the Irish economy, creating jobs throughout the country and benefiting Irish barley farmers.”

The country’s whiskey exports recorded a 14.2% increase in value in 2017, according to the Central Statistics Office’s (CSO) 2017 Trade Statistics report, published yesterday.

Irish whiskey is the world’s fastest-growing spirits category, representing a third of the value of all Irish drinks exports.

Commenting on the statistics, William Lavelle, head of the Irish Whiskey Association said: “These figures confirm the sustained double-digit export growth in the Irish whiskey category.

Irish whiskey export growth is delivering for the Irish economy, creating jobs throughout the country and benefiting Irish barley farmers.

“Irish whiskey remains the fastest growing spirits category in the world. This growth is showing signs of no abatement. Our industry has global ambitions and we are targeting more growth in more markets.” 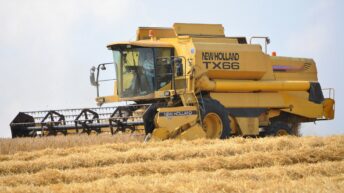 Malting barley could ‘outperform dairy’ but how do farmers get a share?