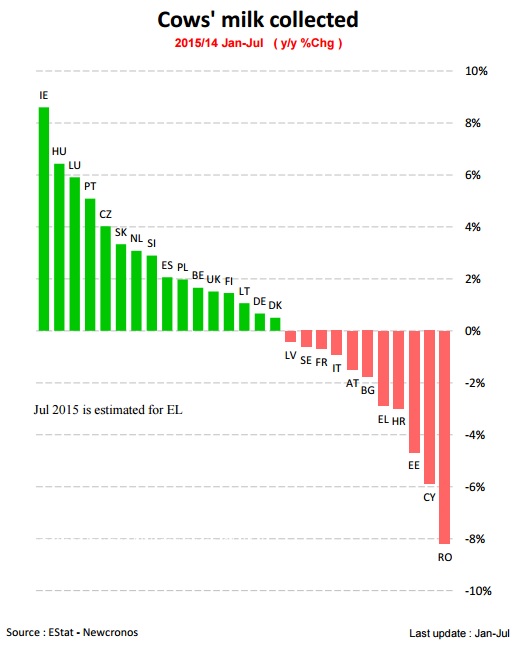 Production increases were registered in 16 MS in the seven month period and in 19 MS in the period April-July.

Average farm gate milk prices approximated 29.7 c/kg in July (12% below the last five years’ average) and a further decrease is expected in August (-0.9%).

Announcements for the months to come give a mixed picture: some expect further price cuts while others expect stable prices. Organic milk prices continue to offer better returns to producers. 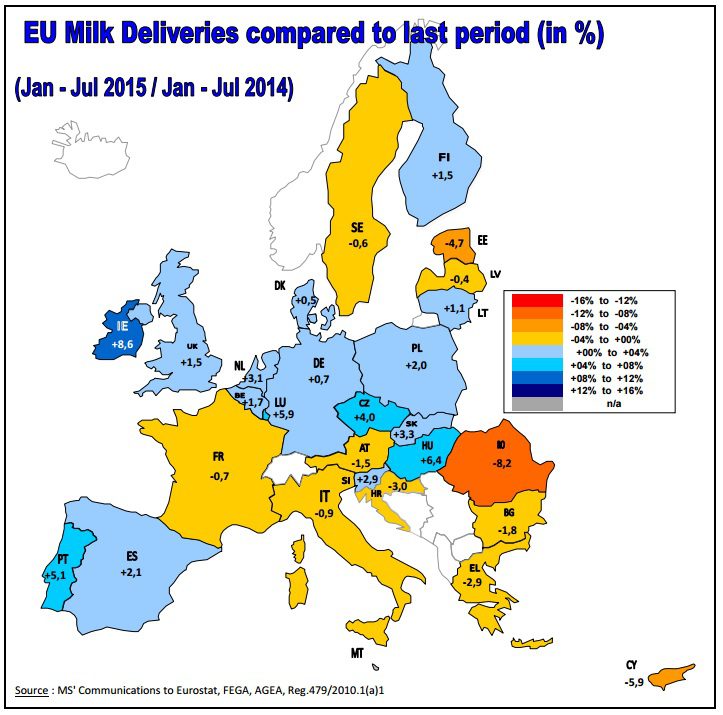 The MMO says there is no sign of production slowdown in the EU but the USDA is revising downwards its world production forecast.

It also says that world exports are decreasing, reflecting demand slow down, but EU exports remain dynamic for most dairy products.

However, the MMO also says that concerns remain with regard to possible difficulties in oil producing countries traditionally importing dairy products, given decreasing oil returns.

It says sssessing the stock situation in importing countries remains an open question.