A new organisation for tillage farmers is being set up out of Irish Malt Growers due to what it says is the under-representation of the arable sector.

At at meeting in Athy, Co. Kildare, on Tuesday night the Irish Malt Growers group voted to expand the remit of the group to include all tillage farmers. The new organisation is set to be called the ‘Irish Grain Growers Association’.

Over 60 tillage farmers turned up at the meeting and a group of 220 tillage farmers in Cork pledged their support to the work of the group. The expanded malting barley group claims to have 40% of the malt barley tonnage grown in Ireland. 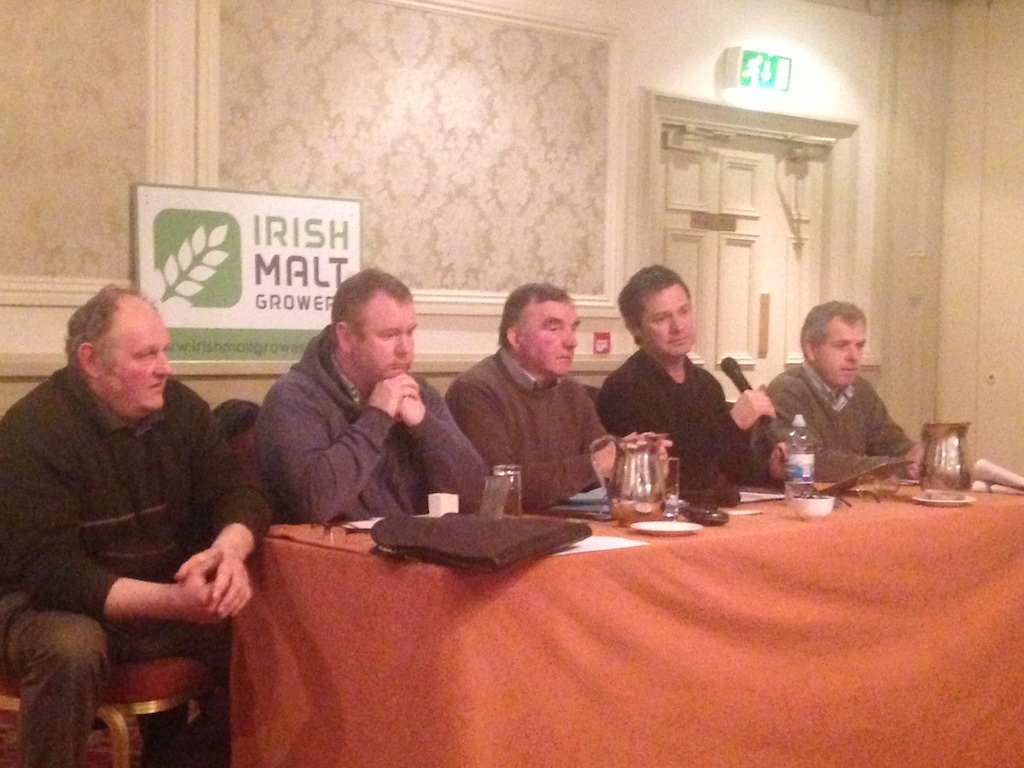 Colm Fingleton outlined the background to the group and the possibility of broadening the group out into a larger organisation.

“We have to do that is because we have zero representation in grain. That is the reality of the situation. There is no one fighting the fight for grain growers.”

He said it was a “shameful situation” tillage farmers found themselves in at the moment.

He also said that the tillage sector is playing third fiddle to dairy and beef.

A vote taken in Athy from the 60-plus tillage farmers in attendance gave the new organisation full support to negotiate on malting barley growers behalf with Boortmalt.

James Kelly also told the meeting that the tillage sector is lacking support such as is available through TAMS II and that measures such as support for setting up purchasing groups, machinery rings and farm-to-farm trading, upgrading storage facilities could have been introduced for the sector.

Members of the current committee said an AGM of the Irish Malt Growers would take place in the coming weeks to ratify the name change.