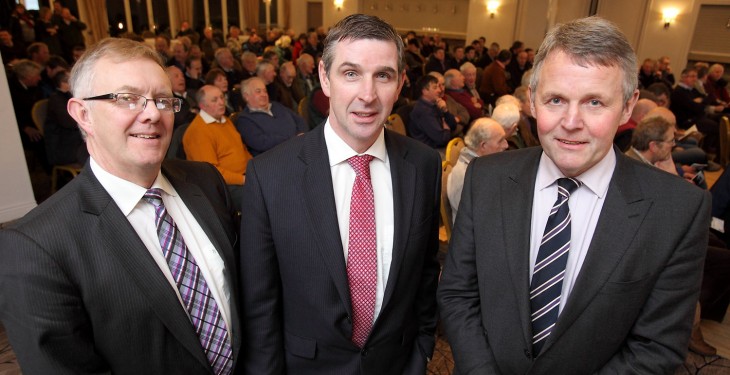 Access to the UK for Northern Irish agricultural product is vital, but more information is needed before it can decide whether the UK leaving the EU is the right move.

Ulster Farmers Union President Ian Marshall said that the UFU is “acutely aware how important EU membership is to farming and the support we get.

“But we need more information and more clarity.”

He also said that the EU is Britain’s largest trading partner and will remain so, which is important to Northern Irish agriculture.

However, he said the UFU won’t adopt a formal situation until it learns more.

The Ulster Farmers Union has a membership just shy of 12,000 farmers and Marshall said while the Northern Irish agriculture industry is small, it is an industry with very good people working in it and producing a high-quality product.

“We have to look forward and we cannot wallow in where we are. Farmer profitability helps us and the economy.”

‘We have to help ourselves’

Wesley Aston, UFU Chief Executive, said that the days of going to the EU and looking for money are on the wane. “We have to help ourselves”.

The upcoming election in Northern Ireland, Ashton said, will help drive the importance of agriculture. “There is an onus on us to ensure there is a future for Northern Irish agriculture.”

UFU President Marshall said the EU is aware that many farms across Europe are under extreme pressure. “This Commission seems to be in touch with what is happening” and he said that proposed simplification on the CAP should be felt from 2017.

This, he said could have a significant impact on the autonomy Members States have in relation to certain aspect of schemes.

“It is foolish to blame the European Commissioner for Agriculture Phil Hogan for these (current) issues. It would not be sensible to change the Commissioner at this point in time.”