This latest price from the Livestock and Meat Commission (LMC) placed it 12.3c/kg above the EU average price.

The North’s heifer price was 27c/kg higher than the EU average price.

Comparing the heifer price north and south of the border, the average price in the Republic was 14.7c/kg lower than the equivalent price in Northern Ireland.

Meanwhile, Britain continues to hold second place on the league table, after Sweden overtook it some weeks ago. 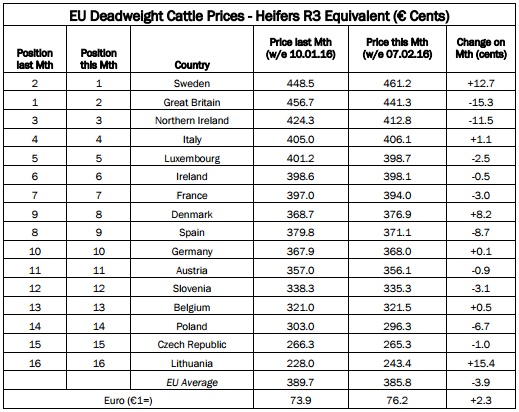