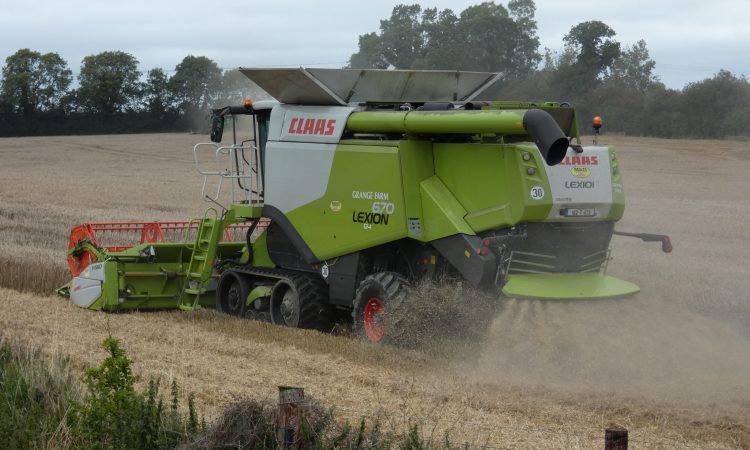 The €10 million straw chopping scheme set out for tillage farmers needs to be workable – but represents a welcome support for a sector that has been neglected previously, according to the Irish Grain Growers (IGG).

While concrete details are yet to emerge from the Department of Agriculture, Food and the Marine on the workings of the scheme, for which some €10 million was allocated last October in Budget 2021, IGG chairman Bobby Miller gave his views on the matter to AgriLand.

“We put forward the potential of straw chopping to Department of Agriculture officials when we met them a couple of years ago . We fully appreciate the department officials progressing the idea,” he claimed.

“It’s a two-year trial scheme and we want to have it in a position that the full €10 million is used; that would be the first thing and that’s where the scheme needs to be very workable,” Miller explained.

On another note, Miller said: “We know people are talking, saying it’s going to increase the price of straw for the beef or dairy farmer – but we don’t know if that’s going to be the reality at all yet.

The facts are we’re after losing 60,000ha of tillage in the last 10 years which equates to 1.5 million bales of straw. This time last year, straw was being bought out of the shed at €10-12  a round bale.

“We just don’t know – people say that this is going to put a floor under straw prices; that mightn’t happen at all. It is only a trial period also and it will be reviewed – but money must be invested into the sector; that’s why we welcome the scheme, it’s badly needed.

“That’s only hear-say at present; we don’t know if it will put a floor under the price of straw at all.”

In a staunch defence of this, he added: “To anyone that is proposing that this straw scheme is going to make straw scarce, a tillage farmer could argue that building grant aided slatted sheds and all these facilities replacing straw bedded areas – we didn’t object to all these slatted sheds being built, or say it was going to reduce the demand for straw.

“Imports are still available from the likes of the UK because of no rule change post-Brexit that there’s no issue in importing straw, feed or fodder from the UK, so that market is available,” he said, though noted that this had its own risks too, such as the threat of bringing in blackgrass into the country.

“We have to try and project what the straw market will be like in July, August and September when we’re applying for this scheme in April or May in our BPS form, so we have to do a bit of guessing, which can be very hard to do.

We don’t know if there will be a fodder shortage in general like in 2018 in May, when straw prices rose sharply, or return to poor prices like in 2019. We have to do a bit of risk-taking as well.

“If you apply to chop straw do you have to actually chop the field or can you withdraw your application in August because you know you’re going to get more for your straw?

“There are some unknowns yet that need to be ironed out,” he said.

However, Miller said that the scheme should be welcomed by farmers, stating:

“The benefits of it for soils are obvious; we know that – reduced requirements for P and K especially, building up soil organic matter. All that element to it as well.

“There’s a bit of scratching of the head on the scheme but we welcome it very much; it’s money heading towards the tillage sector – which has been neglected.

And the proof of that is the area under tillage – how drastically it has reduced in the last 25 years. The proof is there; that’s the reality of it.

“Any chance of increasing the profitability of the sector we welcome with open arms,” Miller concluded. 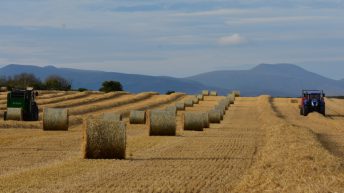 Ploughing in straw: What’s all that about?