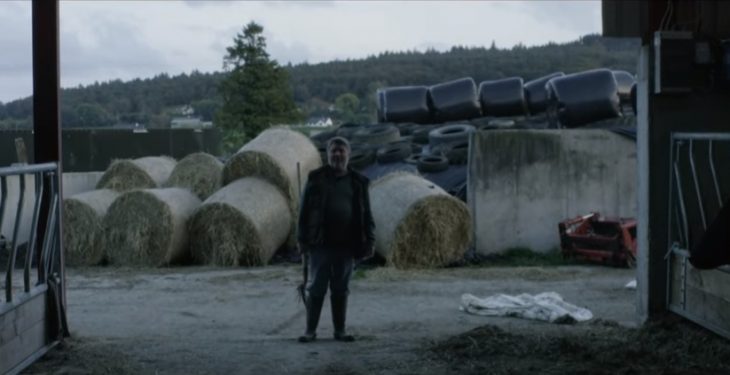 Emigration, isolation, cancer and loss on an Irish family farm in rural Ireland are all explored in the Irish premiere of the film Smalltown, which airs tonight at 10pm on TV3.

Smalltown tells the story of Conor, a 20-something-year-old, who is forced to leave his small town in rural Ireland and emigrate to London for a better life.

Years later he returns home, expecting things to be the same, but a lot has changed and he has to deal with his father, family and the challenges that come with losing a parent.

Speaking to Agriland Gerard Barrett, who wrote, produced and directed the film, said that the film is about a farmer in rural Ireland and a farm family crisis; the son emigrates, his mother gets sick and then he comes home to a changed life.

For Barrett, who himself is from Listowel in Kerry, the film shines a light on family farms in Ireland and how even though there is a crisis on the farm, the cows still have to be milked and life goes on.

“A lot of farmers find themselves alone… that’s what it’s about. It’s honest, it’s real, and I hope people connect with it.

“It’s not everyone’s story but it’s something we can all relate to. There comes a time when an emigrant has to be selfish and say ‘I belong here now’.

“The film also touches upon men having to deal with a situation – this is a man of the house who relies on his wife greatly.” It shows how he copes with the loss and how it affects his life.

Barrett said that the farming class in Ireland is an incredibly hard-working class and it’s time they see themselves on TV, not just 15 minutes on Primetime.

“There’s more of us outside of the M50 than there is inside it.”

The Irish premiere of Smalltown airs episode one of three tonight at 10pm on TV3.