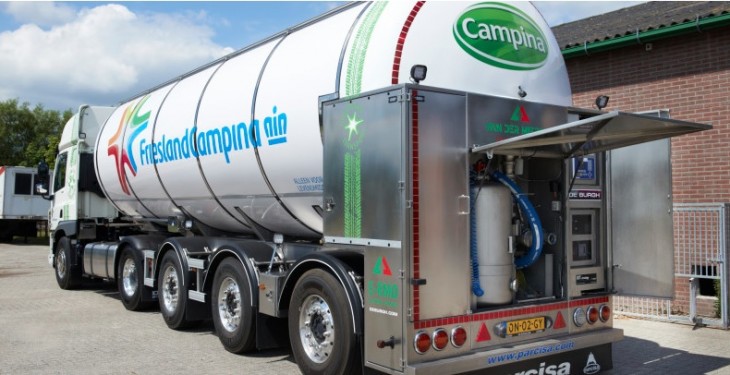 European dairy processing giant FrieslandCampina has said that milk prices have bottomed out.

Issuing its half-year results today it said in the second half of 2016, worldwide supply of milk is expected to decrease compared to the first half-year.

However, it said demand for dairy products is expected to only show a modest increase over the second half year of the year.

This it says is due to the limited purchasing power in many oil-exporting countries, political instability in many countries, the limited demand for dairy materials in China and Russia continuing to block the European Union’s dairy products.

According to the Dutch dairy giant, the effect of the European Commission’s measures to reduce milk production in the European Union based on support measures is as yet unclear.

It also says the impact of possible voluntary restriction of production of cooperatives or producer associations are also unclear.

The Netherlands is expected to impose measures to reduce phosphate production in cattle farms to fall under the level of 2 July 2015. Friesland says it is as yet unclear whether or not this may lead to a reduction of the milk production in 2016.

Revenue decreased by 2.2 percent, down to 5,522 million euros. The decrease in revenue due to lower sales prices was largely compensated by a higher volume.

Roelof Joosten, CEO of Royal FrieslandCampina said “We can look back on a special first half year. FrieslandCampina is doing well in Asia and with ingredients, realising a fine 2.3 percent growth in volume with added value products.

“Due to the increased milk production, we had to process significantly higher volumes of milk into basic dairy products that we could not sell at a profit in the market.

“This is visible in the 17 percent decrease in both profits and milk price for the member dairy farmers.”