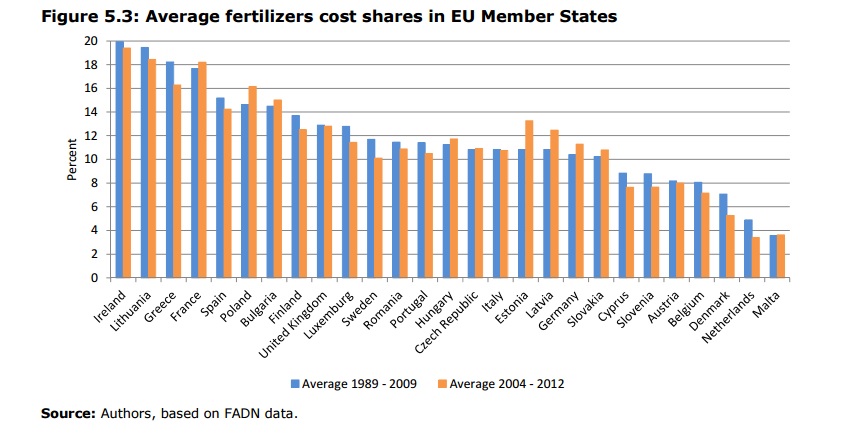 In spite of the data not showing any clear patterns across states, for the majority of EU15 Member States (with the exception of France and Germany), the cost shares of fertilisers appear declining, with a decrease as large as 44% for The Netherlands (from 4.9% to 3.4%) and -34.4% for Denmark (from 7.1% to 5.3%). 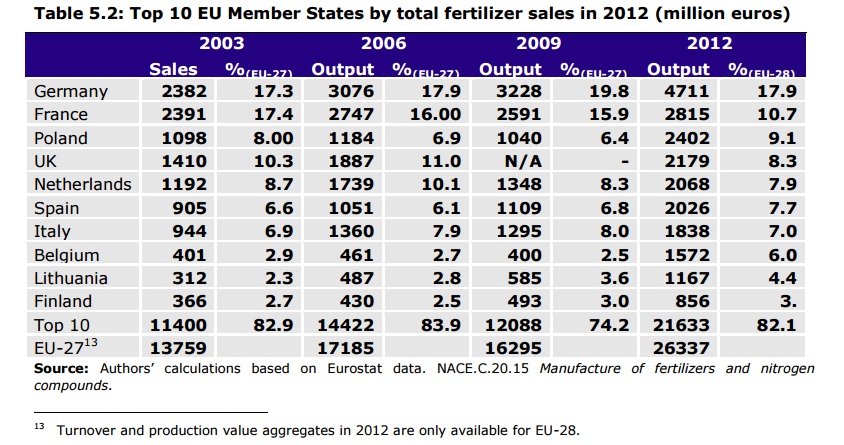 Other key findings from the research include: 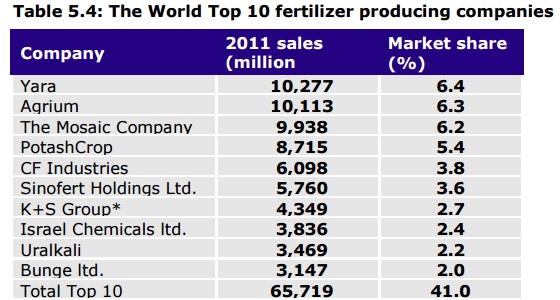