How do you feel about the EU dairy package? ‘Underwhelmed’ – IFA Dairy Chairman 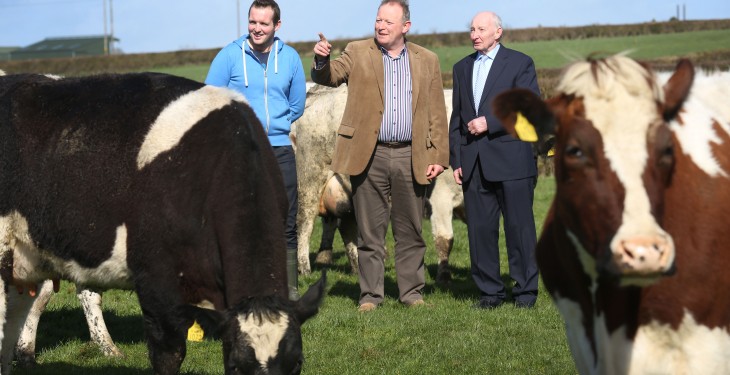 Following the announcement yesterday by the European Commission that Ireland is to receive just under €14m from a €420m European aid package, the IFA has said it is a missed opportunity.

“If you’re looking at criteria such as national quota or cow numbers it should have been higher in the region of €15-20m.”

Despite this O’Leary did say that the package is better than nothing.

“We are 8th-9th in terms of highest and lowest envelopes with the Baltic States worst hit by the Russian ban receiving the most.

According to O’Leary the IFA sees the package as a ‘missed opportunity’.

“We would have liked to seen some concrete action on intervention. Which is something that would have impacted on the market directly and in a long-term manner.”

O’Leary said the IFA will be meeting Department of Agriculture officials before the end of the week on how the funds will be used.

“One of the things we will be looking for is for the Government to match the EU package with exchequer funding. There is huge freedom and flexibility there in how the money is used.”

According to O’Leary some of key issues are likely to be fleshed out at the first meeting of the dairy forum next week.