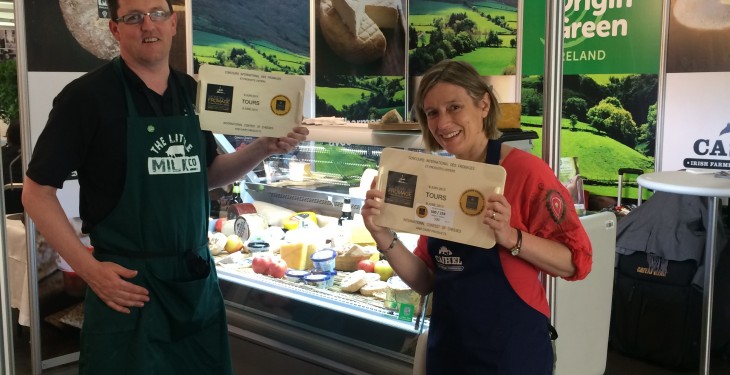 Sarah Furno from The Cashel Farmhouse Cheesemakers and Conor Mulhall from The Little Milk Company.

The Little Milk Company won gold for its Slievenamon Vintage Cheddar and bronze for Brewers Gold and its Cream Cheese with fresh basil pesto, it says.

Bord Bia says that over 600 cheese products from 20 countries were entered in the competition. The judging panel was chaired by Rodolphe Barthélémy, President of the Guilde Internationale des Fromagers.

The trade show took place from June 7 to June 9 in Tours, France.

Farmhouse cheesemakers across the country will be taking part in Bord Bia’s Free Farm Visits as part of the Discover Farmhouse Cheese programme.

This years programme will be operating from April to October and it is an opportunity for the public to visit their local farmhouse cheesemakers, Bord Bia says.

The Discover Farmhouse Cheese programme is an EU co-funded campaign organised by Bord Bia which aims to share some of the stories and people behind farmhouse cheese – why and how they do what they do. 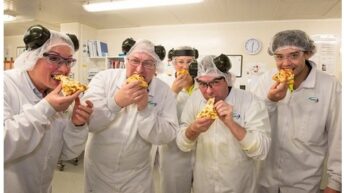 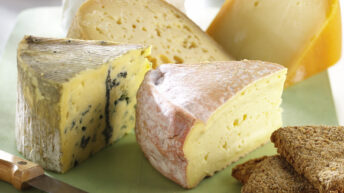