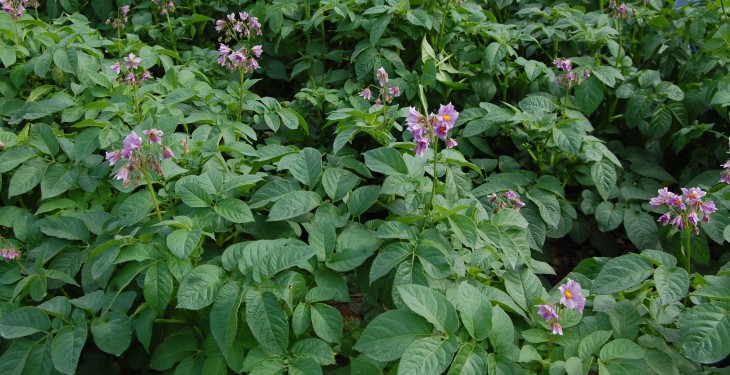 Ireland’s potato acreage is down 12% year-on-year, according to Teagasc’s John Pettit.

“In a normal year, either of these developments would bring about a significant increase in market prices post-harvest. But the fact that both factors are coming into play at the same time should result in a more than significant strengthening of main crop returns later in the year.

“And it’s a prospect that will be genuinely welcomed by all potato growers, many of whom are under tremendous financial pressures after two successive years of very low prices.

“The yield drop in early potatoes can be attributed to lower soil temperatures during tuber initiation and low rainfall levels in late May and June.

“Growers need a season of good prices. If the market does not deliver for them in 2015, then a significant number could well go out of business.”

Pettit also pointed out common scab will be an issue within a significant number of potato crops this year.

“The month of June was very dry,” he said.

“This coincided with the period of tuber initiation. If this takes place while soil moisture levels are low, growing crops are predisposed to scab-related problems. The fact is that the vast majority of Irish potato growers do not irrigate crops.

“But it is unlikely that farmers will be penalised for growing crops with a poor skin finish this year as supply demand factors may well kick in.”

Pettit confirmed that blight has not been a problem within Irish potato crops this year.

“Growers now follow a strict blight prevention programme across the board,” he said.