With combines in full flow across the country the seasonal straw market is starting to heat up with prices ranging from €7 to €15 per bale depending on location.

As is always the case, the lower straw prices can be found in eastern parts of the country were tillage enterprises are more common. In Leinster and Munster 4×4 bales are generally trading between €8-10/bale.

The lowest 4×4 price currently being advertised on Done Deal is in Wexford, at €7/bale.

Out west as is generally the case prices are much higher. Prices in Connacht are ranging between €15-17/bale collected. The straw trade in western counties is highly influenced by deliver costs with large amounts moving across the country from East to West at this time of the year.

The trade in hay is also quite active at the moment. So far the broken weather throughout summer 2015 has hampered the annual hay harvest in many parts of the country.

Despite this hay is trading near normal levels with 2014 large crop mitigating against large price increases to date. 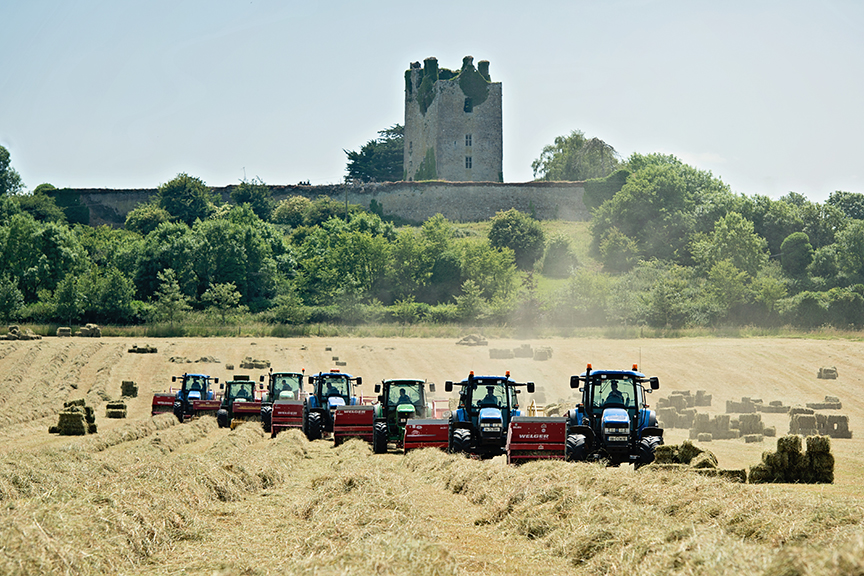 However, many farmers are still holding out for a period of dry weather in late August to make hay. Should this not arrive, prices may increase. At the moment, hay prices (4×4) are generally ranging from €20-25.

Agri-sector jobs: Do any of these interest you?

Agri-sector jobs: Do any of these interest you?