Ireland will increase milk output by 50% beyond 2020, Glanbia 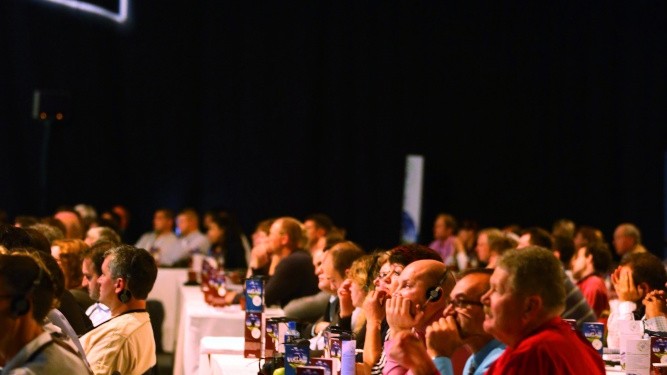 Speaking at today’s Alltech Global 500 event he confirmed that a survey of Glanbia’s 4,300 farmer supplier s pointed to the co-op’s milk pool growing by 56 per cent in the five years following the abolition of quotas. “This will be accounted for in terms of cow numbers expanding (39 per cent) and increased output per head (17 per cent).”

The Glanbia representative went on to paint a very bright future for the future of dairy farming in Ireland. “If we hit the 50 per cent growth target, the additional volumes of milk available will amount to some 2.75 billion litres per year. All of this will be destined for processing into a range of high value added dairy products,” he further explained.

“I know that some farmers are concerned that all of this extra milk output will merely serve to flood the word with dairy products it doesn’t need. However, the reality is that Ireland is only a very small player within the international dairy scene. Our aim is to target our additional output in the direction of those markets that will deliver a premium return.”

Glanbia has identified infant milk formula production as a key sector for growth moving forward. “Ireland already enjoys a strong reputation in this regard,” Molloy commented.

“As a country we are recognised the world over as a supplier of high-quality milk products, which are produced on a sustainable basis.  And we want to build on this for the future.  We are also targeting the ‘affordable nutrition’ sector, moving forward.  This will allow us provide high quality dairy products more widely to consumers in the world’s growing markets.”

But Molloy is also aware that challenges will also confront the Irish dairy industry as it moves forward. “Increased volatility within international dairy markets is one of these,” he stressed.“By way of tacking this Glanbia has recently introduced an innovative payment scheme which allows farmer suppliers to fix their margin over production for up to three years. This has already been well received by our producers with many signing up to 30 per cent of their milk supply in this manner.”

Molloy concluded: “Irish dairy farming remains inherently profitable. Farm incomes within the sector averaged €60,000 in 2011, falling to around  €40,000 last year, in the wake of the very poor weather. However, farmers in other sectors are fully aware of just how buoyant the prospects for milk are. And, no doubt, many of these producers will switch to milk once quotas go.”