‘Europe will not flood world dairy markets after 2015’ 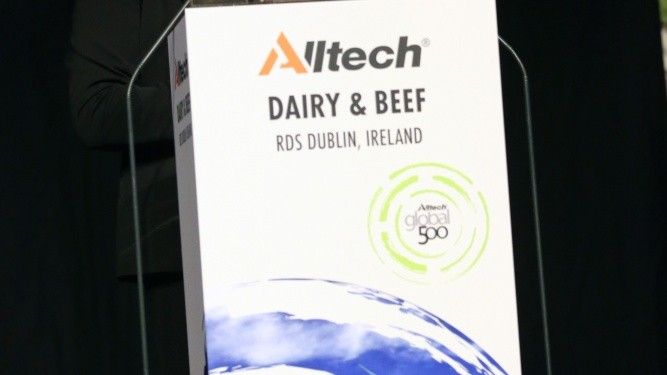 She added: “There is very little likelihood of Europe flooding international markets with dairy products post the ending of quotas in 20i5 However, we will see a tremendous polarisation within Europe in terms of where milk is produced,  once production limitations have been removed.”

The Normandy-based dairy farmer went on to point out that significant increases in milk output, beyond 2015, can be expected in Ireland, North West France, the Netherlands and Northern parts of Germany.

European Dairy Farmers (EDF) is an independent organisation, which represents the interests of 400 milk producers, located across the EU. Specifically, the organisation works within independent scientists and consultants. Its core aim is to accurately identify the total cost of milk production within its membership base and to implement new thinking, designed  to improve levels of efficiency on farm.

According to Lecornu, the current break-even production cost of producing milk across Europe is 35 cents per litre.

“Obviously, production costs will vary from region to region,” she added.

“Our current figures indicate that dairy farmers in many EU member states have production costs that are significantly higher than the 35 cent figure. But assessing these figures on a country-by- country basis is extremely misleading. For example, almost 40 per cent of dairy farmers in France are currently in a profit making situation: the others are not.

“This brings home the fact that individual producers must address all the factors that are impacting on their cost of production.”

“We know from our own surveys that simply looking at variable costs, such as those associated with feed, is not sufficient. The key factors that determine profitability, or lack of it, are the costs associated with machinery, farm buildings and labour. These can account for a variation of up to 5 cents per litre in terms of the overall production costs incurred on individual farms.”

Looking ahead, Lecornu indicated that a contract system would replace milk quotas beyond 2015.

She concluded: “Many opportunities will present themselves for the EU’s dairy sector during the years ahead. But challenges will also abound. Chief among these is that of volatility. I am aware that the banks and other financial institutions have come up with hedging and insurance options to help tackle this issue. However, I came back to the fundamental point that dairy farmers must continually strive to reduce their cost base. This is the most fundamental way by which they can both protect and grow their businesses for the future.”