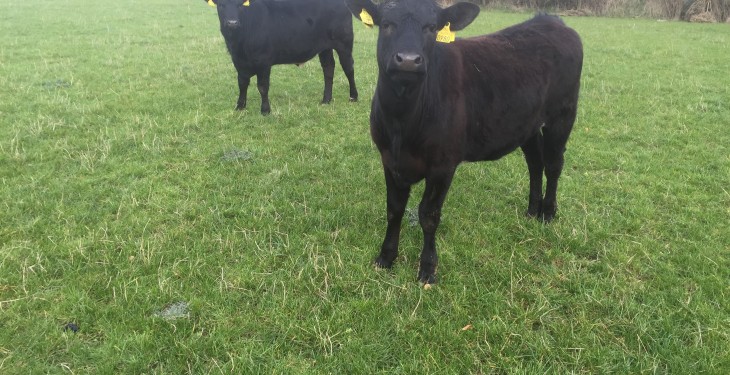 Ireland has remained in eighth position on the Livestock and Meat Commission’s EU heifer price league table for the week ending October 23.

Figures from the LMC show that the EU average price paid for R3 heifers was 373.9c/kg for the week ending October 23, an increase on of 0.9c/kg the previous week.

However, the actual value of R3 heifers in Ireland continues to fall, it shows, with prices down by 2c/kg from the week before and 5.6c/kg on the week ending September 25, to 372c/kg.

This represents a drop below the EU average of 1.9c/kg for Ireland, a complete reversal of the week ending September 25 when Ireland stood 1.9c/kg above of the EU average price.

Markets in both Britain and Northern Ireland have seen slight recoveries in the price of R3 heifers, recent figures from the LMC show.

But prices in both markets remain significantly down compared to late September due to Sterling remaining weak on the currency markets.

Prices in the North fell to 377.9c/kg, where they are now just 4c/kg above the EU average, the figures show.

This represents a drop of 16.4c/kg compared to the week ending September 25, but an increase of 3.2c/kg on last week.

Ireland now lies just behind the North (seventh) in the LMC table for the week ending October 23, with the price difference between Irish and Northern Irish heifers sitting at 5.9c/kg.

The difference remains more pronounced once the Irish Sea is crossed, with Britain paying the equivalent of 400.6c/kg (26.7c/kg above EU average).

This means that the price difference between Irish and British heifers stands at 28.6c/kg, or just over €85 on a 300kg R3 heifer carcass.

As in the North, the price in Britain has stabilised from its dramatic drop last week, but R3 heifer prices are still down 24c/kg compared to the week ending September 25.

‘Winter finishers have lost confidence in the trade’

Beef factories continue to work off lower base quotes