Dutch dairy FrieslandCampina has increased its guaranteed price for raw milk for November 2016 to €33.00/100kg of milk; an increase of €3.75/100kg compared to October.

In Irish constituents, this is the equivalent of 31.89c/L for November milk. It’s the third consecutive increase in milk price from the dairy.

FrieslandCampina expects that the milk prices of the reference companies will increase in November. Part of the €3.75 increase is a correction on too low estimated prices in the past few months, according to the dairy.

The positive development of the milk price is caused by increasing quotations, mainly for cheese and butter, a statement from the dairy said. 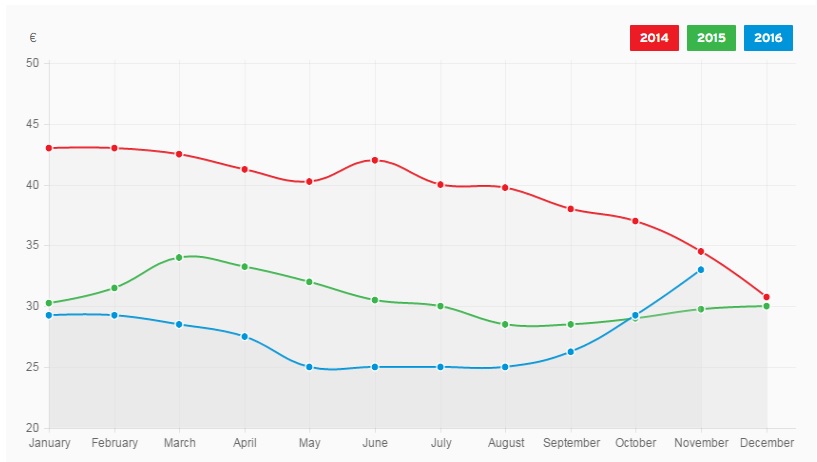 It is the third consecutive fall in EU milk production this year.

Could a 'white flu' be on the cards for liquid milk producers?