Since 2008, when farmers were made aware of the abolition of milk quotas, the Irish dairy industry has under gone significant expansion.

While, at first, this was met with concerns in relation to the challenges facing farmers; it seems that the dairy industry is well on its way to achieving this target. Farmers have reacted positively to the opportunity and have significantly increased herd size.

1.4 million cows will calve this year, a figure that is very close to the target set in the Food Harvest 2020. The dairy herd is progressing much more rapidly that what was originally anticipated.

In comparison with other dairy industries across the world, where cows are bred mainly to dairy bulls and overall fertility levels are low, Ireland’s dairy industry is quite unique, he said.

The dairy calf in other countries is essentially of no value and slaughtered. 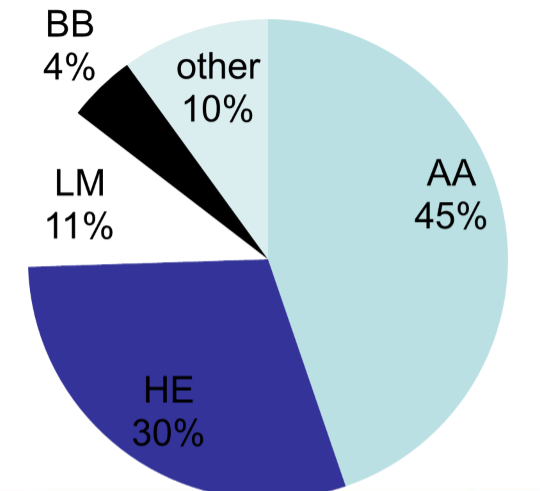 In Ireland, as the herd grew, the proportion of dairy cows bred to beef bulls has remained constant.

French said: “Over the past few years, dairy farmers have grown scale individually with a prime focus on a short-gestation period and easy-calving traits.

“15-to-20 years ago, continental breeds were preferred over Angus and Hereford types.”

As a result of the rapid expansion some trends have become evident. As it stands, 91-92% of all herds are spring calving.

According to French, this is a significant switch and it’s the direction in which the market is driving the industry.

French also stated: “We have a more fertile herd and the replacement rate is much lower; culling rate is currently 21-22%/year, which is very low by international standards.

The individual herd size is also growing significantly. In 2011, the average herd size was 59 cows; in 2015 herd size averaged 75 and it’s expected to be very close to 80 cows this year.

“However, this is somewhat of a misguided figure as there are still a number of small herds in Ireland,” he said.

On the bigger farms, labour is becoming an issue and that’s one of the reasons why farmers are choosing short-gestation and easy-calving traits.

French concluded by saying: “The value of output of beef from the dairy herd will equal 60% of the total beef output. Therefore, it will be the dominate sector of the Irish beef industry.”

Irish milk production increases by over 11% in August

Video: Behind the scenes on ABP's dairy-beef farm