British dairy calf registrations for the first three months of 2015 have reached levels not seen since 2004, according to DairyCo.

In total, it says calvings between January and March increased 6% from last year, to approximately 360,000.

Most of the increase occurred in February which saw 14% more registrations to reach over 130,000.

DairyCo says much of this is likely due to a larger herd, boosted by a 23% increase in imports in the first half of 2014.

It says the higher calving numbers will lift milk production during the spring, although tight farm margins are likely to offset some of this, especially if farmers look to increase their culling rate. 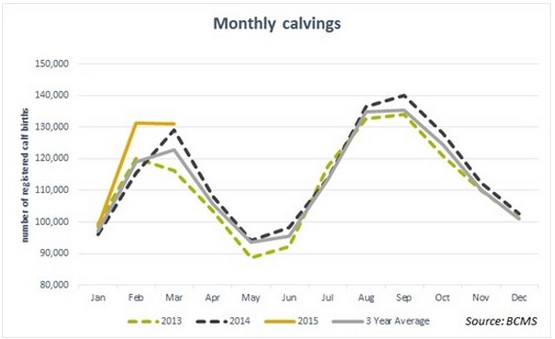 In Ireland, dairy calves continue to be registered in high numbers with figures from the ICBF showing that dairy calf registrations are running 10% ahead of last year.

To date some 988,042 dairy-bred calves have been registered with the ICBF. This compares to 891,144 at the same stage last year.

The figures mean some 96,878 extra calves have been registered by dairy farmers this year. 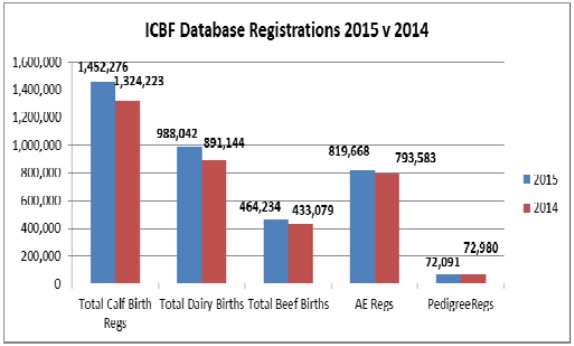 EU milk production is projected to grow by 1.2% to 162.4m tonnes, according to a recent report from the Food and Agricultural Organisation (FAO) of the United Nations (UN).

The FAO says in its Biannual Report on Global Food Markets that this growth is stimulated by reduced feed costs, a favourable start to the current season and the abolition of the European Union’s milk quota system.

The report says that with the ending of the quota system, several EU Member States, particularly Ireland, the Netherlands and Germany, are expected to maximise their production, while others with less favourable production conditions may register a decline.