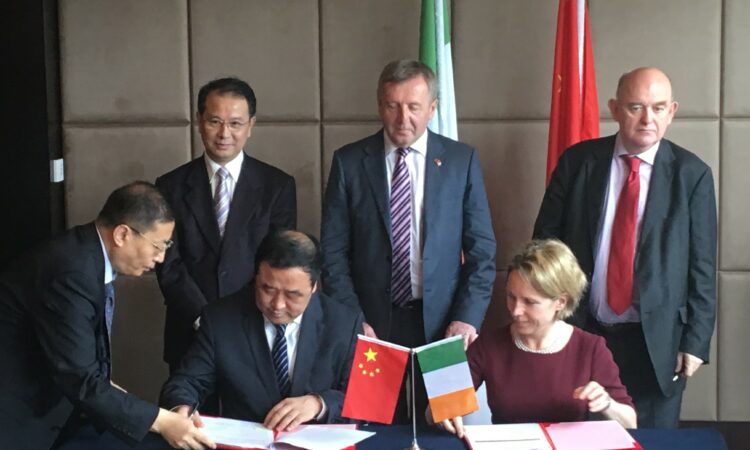 There will be an Irish presence at an international import expo in China later this year, following the signing of a memorandum of understanding (MOU) during last week’s trade mission.

The signing of the MOU was overseen by the Minister for Agriculture, Food and the Marine, Michael Creed, last Thursday (May 17) in Shanghai. The CEO of Bord Bia, Tara McCarthy, signed the MOU on behalf of the Irish delegation.

Ireland was invited to have a presence at the event – which will take place in November of this year in Shanghai – by the Chinese Government.

Commenting after the MOU was signed, Minister Creed said: “It is a great honour for Ireland to be invited by the Chinese authorities to participate in this November’s event in Shanghai.

“This initiative which is being personally driven by the President of China, Xi Jinping, will have an expected attendance of 185,000 Chinese buyers.

An event such as this, which is being promoted by the Chinese Government, offers the ideal opportunity for Irish food exporters to do business and enhance relationships.

Bord Bia has committed to taking a stand in the Exhibition Food Hall, and Enterprise Ireland is also expected to have a presence at the event.

News of Ireland’s participation at this event follows on from a significant Irish presence at SIAL, a major food and drink trade fair held in Shanghai last week.

A total of nine beef and pork processors from Ireland exhibited at the trade fair last Wednesday (May 16); the event attracts approximately 3,400 exhibitors representing 67 countries from around the world.

The exhibitors were busy trying to do business and communicate with the 110,000 professionals who were expected to attend the event. 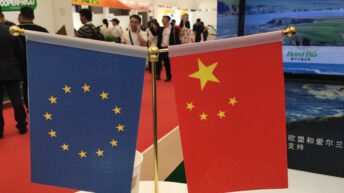