After six years at the helm of one of the country’s leading farm organisations, John Comer humbly admits that the right moment has come to walk away.

The dairy farmer, from the village of Ballyvary, Co. Mayo, has been at the coalface of pivotal farmer issues at local, national and European level since he first got involved in the Irish Creamery Milk Suppliers Association (ICMSA) almost two decades ago.

From fodder crises; milk price volatility; disputes over climate change; the dawn of agriculture’s “sunset industry“, Brexit and Mercosur, the father-of-three says a “metamorphosis” has occurred across all farming sectors since his election as president in late 2011.

Despite all the challenges, some defeats, successes and debates, Comer told AgriLand: “I’ve had the time of my life.

“I joined ICMSA because I’m a dairy farmer. I was always motivated and I wanted to see what was happening. I got involved in my local branch in 1999.

Prior to that I had been away working in Australia, and all over the world, in different places. I gained a lot of experience, working mostly as a carpenter. Then, I came home to farm with my dad.

Comer, married to Michelle, was farming 37ha in the west; however, his desire to represent farmers was steadily coming to the fore.

In 2000, the ambitious Mayo representative, got elected to the national council of ICMSA – originally established in 1951 – where he worked out of the head office, in Co. Limerick.

“In 2007 I got elected as the national chair for our farm services committee. Then I challenged for the deputy president position and I was successful in that.

“There was always certain little bits of division in the organisation. I felt that if I ever got to be president that I’d try to make sure we all pulled together, at least as farmers anyway, because unless you have a united front when you lobby government you are at a disadvantage.”

Comer succeeded outgoing president Jackie Cahill, having won the confidence of his colleagues in November, 2011 – a time when the country was deep into recession.

During the boom, agriculture had started to be known as the ‘sunset industry’ and that used to annoy me no end. I always forecast in my own head that someday agriculture would be important again to the economy.

“While I took no pleasure at all out of the bust, it brought a focus back on primary agriculture being a significant contributor to net foreign earnings for this country and it regained its spot in terms of importance.

“Agriculture was charged with taking the economy back from the brink of the abyss.

“That is starting to wain again; I can actually see it. It’s funny when you live so long, you can see that everything works in cycles,” he said.

“Now, with Harvest 2020 and Foodwise 2025, there is growth and dynamism in the industry but as a percentage of GDP, I think agriculture is starting to slip as we’re coming back towards full employment again.

“There needs to be enough investment in the industry, by national government and the European Union to make sure that it continues on an even keel rather than a boom and bust,” he said.

Discussing his earlier years, Comer said one of the greatest challenges was “common sense” environmentalists locking horns with farmers.

“When some extreme environmentalists would come out with opinions it really turns them off,” he said.

Today, however, he says the correct use of the word “sustainable” is being promoted from farm-to-fork.

“There are three pillars of sustainability; they are economic, social and you need a return. It’s like having a three-legged stool; if one is too short then the stool will go off balance.”

Dealing with milk price volatility over the years has been more problematic.

“Milk price volatility is still the single biggest challenge that faces the industry; I think there hasn’t been enough done to mitigate the problem,” he said.

How can any farmer, or any business person, be expected to deal with that sort of volatility? That’s almost 60% of a variable; banks won’t offer loans on the back of that. It’s getting difficult to do business.

“We were absolutely supportive of the abolition of quotas. In my view quotas kept us back; they were too rigid; they were a complete straight jacket; not fit for purpose; they were a lazy tool.

“But the opposite to quotas, the free market, has been an even bigger disaster,” he said.

Comer believes the European Commission and EU Commissioner for Agriculture and Rural Development, Phil Hogan, have been convinced that a free market will never work for agriculture.

I’ve continuously bored people to death saying that the only vulnerable people in the supply chain is number one, the farmer, and number two, the consumer. Everybody in the middle will actually work on percentages and take their margins.

“One of the major achievements, and it is understood in the heart of Brussels and at national level, is that the power of the multinational has become too great.

“Multinationals aren’t taking the slightest bit of notice of voluntary codes of practice and we need hard legislation to cater for that. The commission recognises that now and there is a work in progress in terms of measures to put more equity into the supply chain – transparency of margins is key. 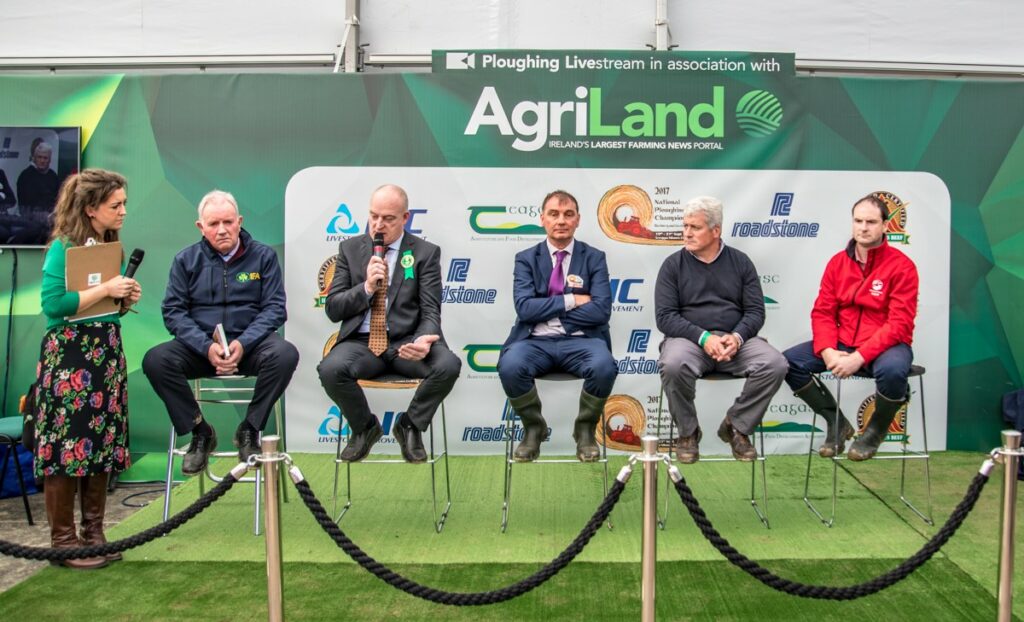 We have a good healthy rivalry. But, I have also developed excellent friendships with the individual leaders of the other farm organisations over the years. We might disagree on policy sometimes, but it never ever became personal.

“At the end of the day the leaders of the other organisations are farmers that have been democratically elected by farmers. You have to respect other people’s opinions.

“Sometimes you win the battles and sometimes you have to know when to stand back and save your energy for another time,” he said.

When asked about possible future amalgamations of farm organisations, he admitted that there may be room for collaboration in some circumstances.

“My own personal view is certainly there can be a level of collaboration that is healthy, but I still think it serves the industry well at primary level, and farmers, to have at least two farm organisations.

“However, I do see a requirement for there to be a degree of collaboration and to try and find common ground. Because sometimes if you’re going to Europe with a big issue, you’d be much better off to come  up with a more coherent front, not on every issue, but certainly on big ticket items.”

Comer, who has also revelled in “head-to-head combats” with various ministers – particularly in the departments of agriculture and finance – says it will be difficult to step back from ICMSA’s estimated 16,000 members and an organisation he deeply respects.

The highlight has been building the reputation of ICMSA. I always tried to explain things from a farmer’s perspective because when it leans on your own toe, it’s easier for you to describe the pain.

“On a personal level I would absolutely dearly love to stay – and if you asked me that at 90, I’d probably say the same. But, at a practical level, I have a clear vision for ICMSA to stay relevant, modern and to evolve with the world and its membership. It is absolutely the right time for me to leave.

“I’ve given it six years, from 46 to 52, and they have been some of the best years in my life. I totally and utterly enjoyed it.”

Although Comer will still hold a position on the European Economic Social Committee in Brussels, where he will visit at least twice monthly, he is looking forward to embracing family life back home on his dairy farm.

“It’s been a long road. My wife and my family have been extremely supportive, so I’m really looking forward to being at home.

“Between football training sessions, Foroige and ballet lessons the kids will keep me very busy for a few months, but it will be nice to take a step back and have a look at the sky,” he concluded.

Mercosur talks: 'Beef must be taken off the table', as farmers begin protest