Earlier this year, Glanbia announced details of its own fixed milk price scheme at a price of 31c/L including VAT.

As part of this scheme, applicants were originally required to commit all of their dairy herd’s feed requirements to Glanbia. However, it is understood that this has been revisited and now applicants can opt out of that clause after two years if they so wish.

In opposition to this, Grennans has decided to offer its customers – who are also Glanbia milk suppliers – the opportunity to apply to its very own fixed milk price scheme. It is offering a fixed price of 31.5c/L including VAT for a duration of five years. 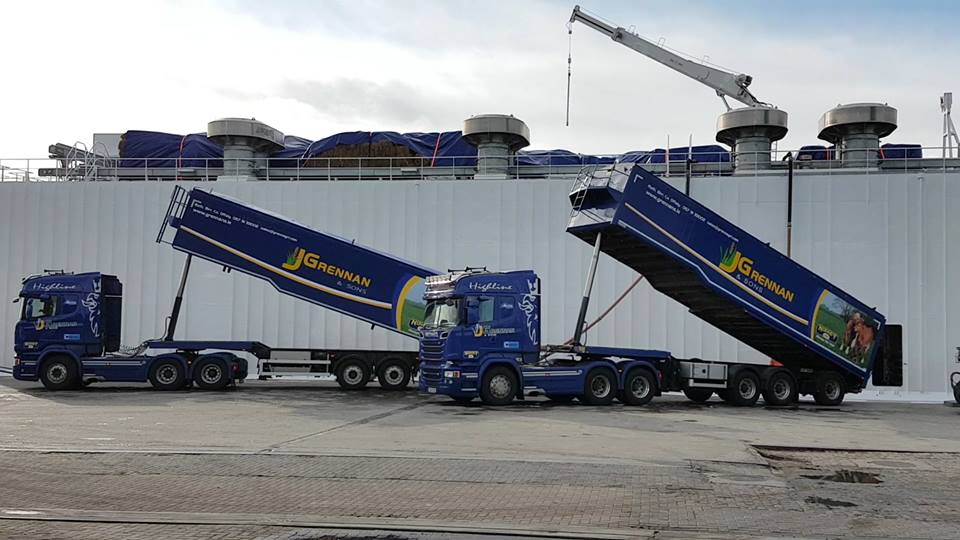 Meanwhile, there will be no obligations for participants in the scheme to buy any feed from Grennans. Farmers will not be able to partake in both schemes simultaneously.

Applications for the Grennans’ scheme close at the end of this month.

What does Grennans’ deal include?

As part of Grennans’ fixed milk price scheme, Glanbia suppliers will be able to place up to 20% of their annual milk output in the contractual arrangement.

The scheme is scheduled to run from November 1, 2017, to October 31, 2022. If the base price offered by Glanbia falls below 31.5c/L including VAT – for milk manufactured at 3.3% milk protein and 3.6% butterfat – Grennans will pay the farmer the price difference.

Alternatively, if Glanbia’s base price exceeds 31.5c/L including VAT then the farmer will be required to pay the feed supplier the difference.

Limited quantities are available under the scheme, which has attracted a significant amount of interest, according to John Grennan.

The balances due will be calculated monthly and participating farmers will be required to produce copies of their milk statements each month during the five-year period.

As part of the deal, the ‘hedge’ between Grennans and participating farmers will be settled every four months. The first settlement is set to be calculated and paid before March 31, 2018.

The feed supplier has decided to take this “unprecedented move” in order to stand up for its customers, who have been refused fixed milk price contracts by Glanbia because they dealt with Grennans for feed, according to the company’s managing director John Grennan.

“We want to put the focus on the prices Glanbia pay for farm produce – both milk and grain – before they use the cross subsidisation top-up, from their co-op shareholders’ own pockets, to distort competition.

They are using the Glanbia co-op shareholders’ funds – both active and inactive farmers – to create a war chest for Glanbia Ireland to fight us on our feed value offer and to give them cheaper milk that they are then in a position to discount, putting other Irish milk buyers’ prices under pressure.

“Glanbia co-op shareholders should get their money from each share spin out, in decent lump sums that they could use to develop their business.

“We want to draw attention to Glanbia’s milk and grain price. Without the top-up from the shareholder funds, its price is very weak on milk and one of the poorest – if not the worst – in the market on feed grain and beans,” Grennan said.

‘Welcome competition in the market’

The decision by Grennans to enter the market by introducing its own fixed milk price scheme has been described as providing welcome competition in the market, according to the president of the Irish Creamery Milk Suppliers Association (ICMSA) John Comer.

“It’s a voluntary scheme and competition is necessary. Farmers must examine it for their own needs, as it mightn’t suit everyone. But we would always welcome competition in the market,” he said.

The chairperson of the ICMSA’s Dairy Committee, Gerald Quain, believes the scheme launched by Grennans is a “brave move”.

“I think it’s a brave move; it’s a very welcome inclusion. The more competition you have, the better. You would have to commend Grennans for offering a fair price,” he added.