Impressive weekend of results for Irish shearers at World Championships

Irish shearers competed strongly at the business end of the World Shearing and Wool Handling Championships in New Zealand over the weekend.

The three day event was held at the ILT Stadium, Invercargill in New Zealand from February 8 to February 11.

In the final of the event competitors had to shear a total of 20 sheep, six fullwool, eight second-shear and six lambs.

Scott completed the event in a little over 18 minutes and 20 seconds, with a points total of 66.53. 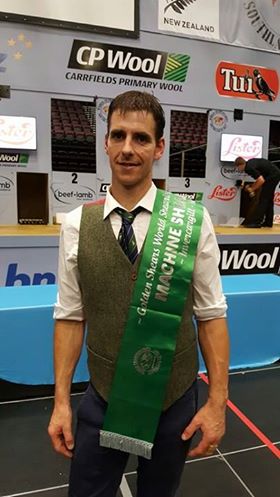 Advertisement
In the World Team Machine Shearing Event, Scott competed with Stanley Allingham, finishing in sixth position in the final.

Northern Ireland’s team of Ian Montgomery and Jack Robinson finished in fourth ahead of Wales.

The New Zealand team made use of the home advantage winning the event outright.

The event required a total of six sheep to be sheared, three second-shear and three longwool.

Scott finished outside the top two by less than half a second, with a time of 21.24 seconds.

Kiwi shearers Jack Fagan and Paerata Abraham contested the final, with Fagan eventually coming out on top in an event that had 100 competitors in the first heat.