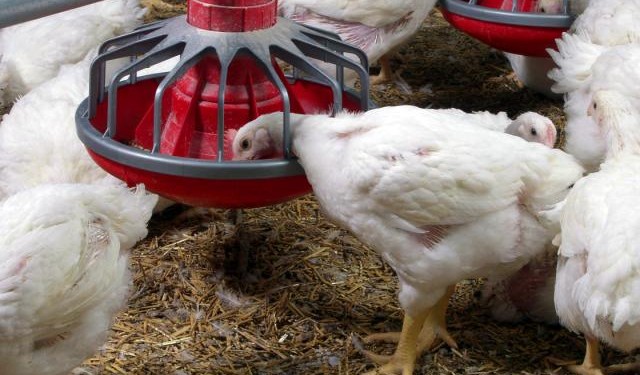 Vincent Carton, managing director of the Meath-based Carton Brothers’ poultry group, has expressed disappointment at the Department of Agriculture’s inability to prevent the cross-border importation of poultry litter from Northern Ireland. This follows the recent series of Infectious Laryngotracheitis (ILT) outbreaks in Antrim.

“ILT is a respiratory condition, which impacts on laying birds. It will act to significantly reduce egg output,” he told AgriLand. “I can confirm that Ireland remains free of the disease. And, obviously, that’s the way we would like to keep it.

“Poultry litter is a potential source of the disease. Large quantities of this material are imported, particularly during the autumn and spring months, for use as a fertiliser on tillage farms. Hence my disappointment that the Department of Agriculture in Dublin has not been able to act on this point.

Carton continued: “It is not inevitable that the disease will spread to Ireland. We know from the experience gained by the poultry sector in Britain that it is possible to contain ILT within specific geographic areas. The main transmission mode of the disease is through direct bird-to-bird contact.”

Poultry producers in Northern Ireland are now vaccinating for ILT. However, this vaccine has not been registered for use on the rest of the island.

“This issue does not concern me greatly, as the authorities in Dublin have given assurances that the vaccine will be licenced for use within a very short space of time, if required,” Carton further explained.“The reality is that the poultry sector in the Republic will have no option but to go down the vaccination road, if an ILT outbreak is confirmed on this side of the border.”

All Carton Brothers’ farmer suppliers are being updated on a regular basis regarding the ILT situation. “This is a crucially important matter for the entire poultry sector,” Carton concluded.

“ILT has no impact at all on human health. However, it has the potential to have a very dramatic effect at individual farm level.”

ILT is a herpesvirus infection of chickens, pheasants, peafowl and turkeys. The effects of this disease are largely commercial as it can cause deaths and affects productivity. Pathogenicity can vary with morbidity of 50-100 per cent and mortality usually 10-20 per cent but sometimes up to 70 per cent. Transmission between farms may occur by airborne particles or fomites.  The virus is highly resistant outside the host but is susceptible to disinfectants. Movement and mixing of stock and reaching point of lay are predisposing factors.