According to the organisation itself, the IHFA National Open Day is the association’s flagship national event, and is a “must-see for all involved in the dairy sector”.

At the press launch was the Minister of State for Food, Forestry and Horticulture, Andrew Doyle, as well as representatives from Connolly’s Red Mills – the main sponsors of the event.

During the launch, the President of the IHFA, Kathleen Watson, and chairman Peter Ging welcomed all who attended and thanked Jackson for agreeing to host the event. 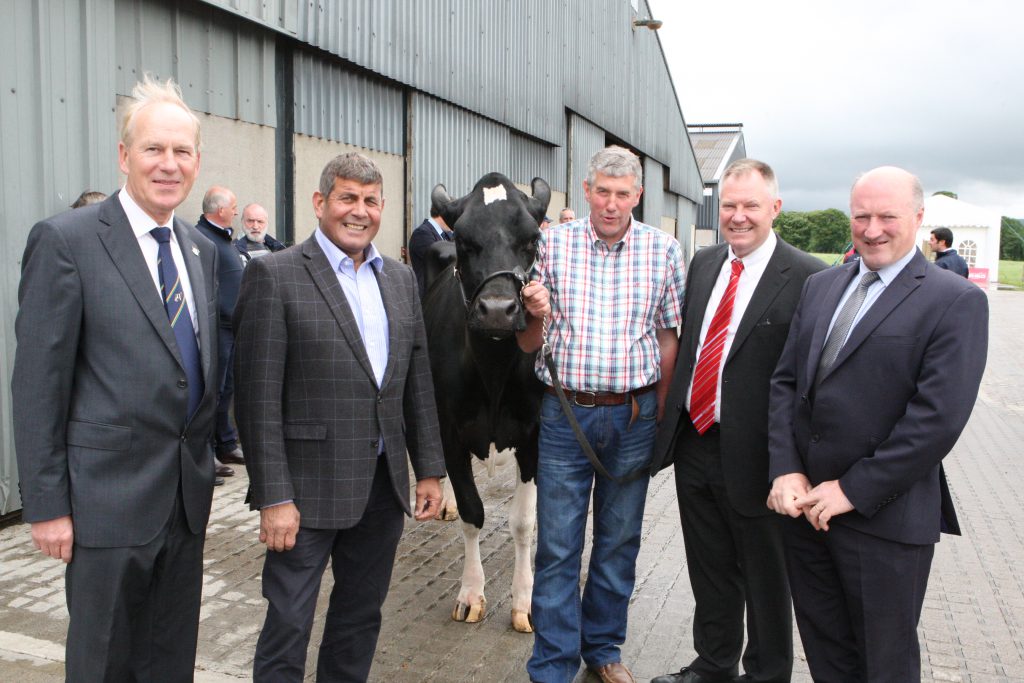 This year’s open day marks a special anniversary – 25 years since the first open day, which the Jackson family also hosted.

Over the years the event has changed a lot and it is a highlight event of the year for breeders and the wider dairy sector, the organisation has said.

The event schedule on the day includes an inter-club stock judging competition, open stock judging, the national herds competition results and announcements, as well as the presentation of prizes.

Those present on the day can take the opportunity to view the Crossnacole herd, which has won numerous awards; there will also be an open day sale of “the top Crossnacole cow families” for those interested.

An all-day trade display of dairy-related agribusinesses is on the cards as well, for dairy farmers to keep up-to-date with current products and services available.

Meanwhile, Macra na Feirme will hold its annual national dairy stock judging competition, in both senior and under-23 categories, during the event.

The association has announced that all are welcome to attend the IHFA National Open Day hosted by Jackson, which is free of charge. The farm is located less than two miles from Kiltegan, Co. Wicklow (Eircode W91 W9A0).