Cattle marts: Numbers on the increase as grass growth slows

Falling grass growth rates have resulted in more cattle being offered for sale in recent days; leading to unseasonable increases in stock numbers in some marts across the country.

Despite the higher level of throughput, exporters continue to make their presence felt at the ringside. These buyers have been particularly focused on buying heifers to fill a shipment to Turkey.

Some 450 cattle were on offer at last Thursday’s sale in Castlerea Mart, according to the mart manager, Brendan Egan.

Egan said that the quality of cattle present at last Thursday’s sale had improved on the previous week and every class of animal traded strongly. Store steers and heifers met with a particularly strong trade, he said.

Exporters also continued to make their presence felt around the ringside and were keen to purchase weanlings on the day.

There was a strong trade for all types of cattle at last Thursday’s sale in Ennis Mart, according to the mart’s Danny Moran. 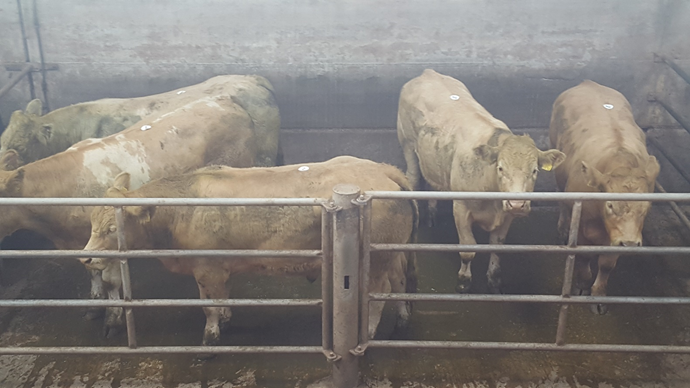 Light heifers (200-400kg), under 13-months-old, traded well at last Saturday’s sale in Balla Mart, according to the mart’s Anthony Murphy.

Trade is still being driven by Turkish export buyers trying to fill the boat for next week. Black and red Limousins, along with Belgian Blue heifers, are desired by these export buyers.

Some 108 cows were also entered on the day. The best of these was a Limousin cow with a Limousin heifer calf at foot. This pair sold for €2,050.