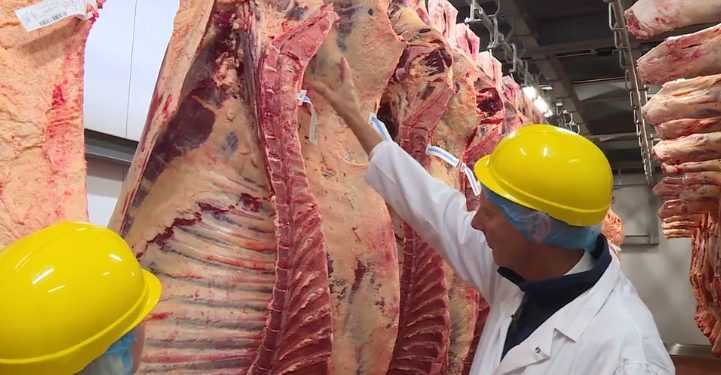 Farmers in Northern Ireland have been urged to “stand firm” against abattoirs, north and south of the border, that attempt to “down” beef prices in the rising British market.

The call has been made by the Farmers for Action group, which claimed there was a pattern among abattoirs in Ireland to pull back beef prices in July and August “regardless of demand”.

In a statement issued today, July 5, spokesman Sean McAuley said this was in order to allow the abattoirs to fill their feedlots ahead of the Christmas kill.

According to McAuley, the situation confirmed “the power of the large food corporates”, reflecting the need for legislation to guarantee that farm gate prices would return a minimum of the cost of production – plus a margin that was inflation-linked across the staples.

Given current inflation, that would mean in excess of 520p/kg (593c/kg) for a U3 class of beef animal.

McAuley said: “Northern Ireland’s beef farmers need to know that they can afford to stand firm when there is a clear demand for beef of all classes.”

In demonstrating that British beef prices were only set to rise, the organisation drew on a market report from the UK’s National Beef Association.

Bulls, which were a dirty word last year, are in great demand with many processors regretting forcing suppliers to castrate their calves.

“The cow trade keeps getting stronger and, as the cull on the continent is completed, the demand for UK cows will lift.”

Meanwhile, Irish beef prices have now stabilised around the 400c/kg mark after procurement managers had worked to drop base quotes by 15c/kg over the past three weeks.